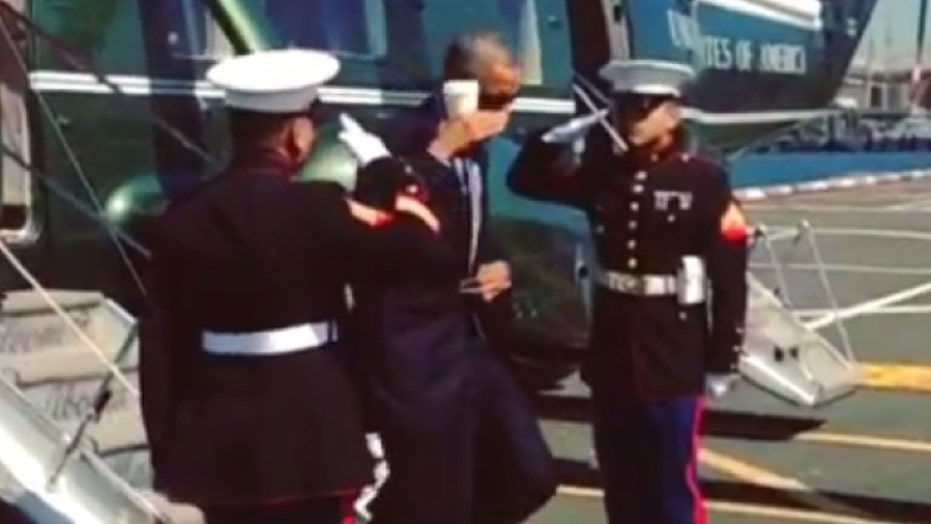 President Barack Obama returned a formal military salute with a one-handed coffee-cup salute Tuesday, only a few hours after he dispatched the nation’s military on their attack mission into northern Syria.

The commander in chief offered the coffee-cup salute when he disembarked from his U.S. Marine Corps helicopter in New York, as he made his way to the United Nations General Assembly.

The salute is “the most important of all military courtesies,” says a manual for Marine Corps officer candidates.

“In some situations, the salute is not appropriate,” says the manual. “In general, do not salute when… carrying articles with both hands or being otherwise so occupied as to make saluting impractical,” says the manual, titled “Customs and Courtesies.”

“Put the damn coffee down and salute correctly,” said part of a message from “gatorman1361.”