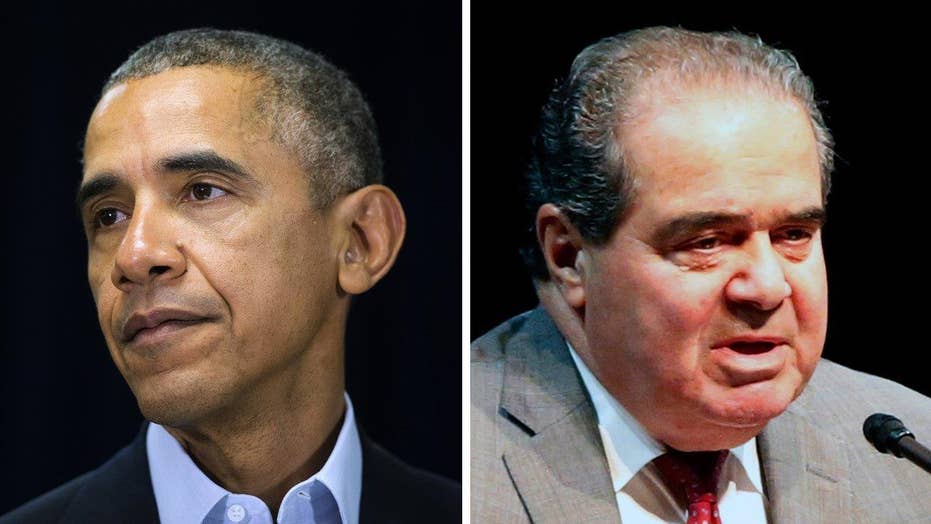 The White House is not confirming whether President Obama will attend the funeral Saturday for the late Supreme Court Justice Antonin Scalia, raising the possibility -- and criticism -- that he'll skip the service.

White House Press Secretary Josh Earnest revealed to reporters Wednesday that the president and first lady Michelle Obama plan to pay “respects” at the Supreme Court on Friday, where Scalia will lie in repose.

But as for Saturday’s funeral, he said, “Vice President Biden and Dr. Jill Biden will attend.”

While Earnest has not said definitively what Obama’s plans are for Saturday, the expectation that the Bidens – and not the Obamas -- will represent the White House at the funeral was met with bipartisan criticism.

“Refusing to attend the funeral does more than insult the memory of a life-long public servant. It is a failure to perform a basic presidential duty. Obama has shirked his responsibility to all of us,” Charles Lipson, professor of political science at the University of Chicago, said in a column for Real Clear Politics Thursday.

It is rare for a sitting Supreme Court justice to die during any administration. But in recent history, the sitting president has attended these funerals.

George W. Bush attended the funeral of Chief Justice William Rehnquist in 2005, and Dwight Eisenhower did the same for Chief Justice Fred Vinson in 1953.

Asked Thursday to clarify why Biden will be attending Scalia’s funeral, Earnest said the Bidens had a personal relationship with Scalia and his family. He explained the White House “settled on a respectful and appropriate arrangement” to pay tribute to Scalia’s service to the nation.

Earnest would not offer details Wednesday on what the president’s plans are for Saturday.

“The president obviously believes it’s important for the institution of the presidency to pay his respects to somebody who dedicated three decades of his life to the institution of the Supreme Court,” he added. “And the president gave some pretty thoughtful words in discussing Justice Scalia’s service on the Supreme Court, not just Saturday night but also yesterday in his news conference. And Friday will be an important opportunity for the president and the first lady to pay their respects to Justice Scalia.”

Even from MSNBC, the decision raised eyebrows.

If Obama does not attend, the president also potentially risks angering Republicans whom he will need to help confirm his eventual nominee to succeed Scalia.

“By attending the funeral Obama would have underscored the importance of nonpartisanship when it comes to the court. That could only have helped him make the case that the Republican-controlled Senate has a duty to give fair consideration to the person he nominates to succeed Scalia,” he wrote.

Scalia will lie in repose on Friday at the Supreme Court where a public viewing will take place from 10:30 a.m.-8 p.m., following a private ceremony early Friday morning.