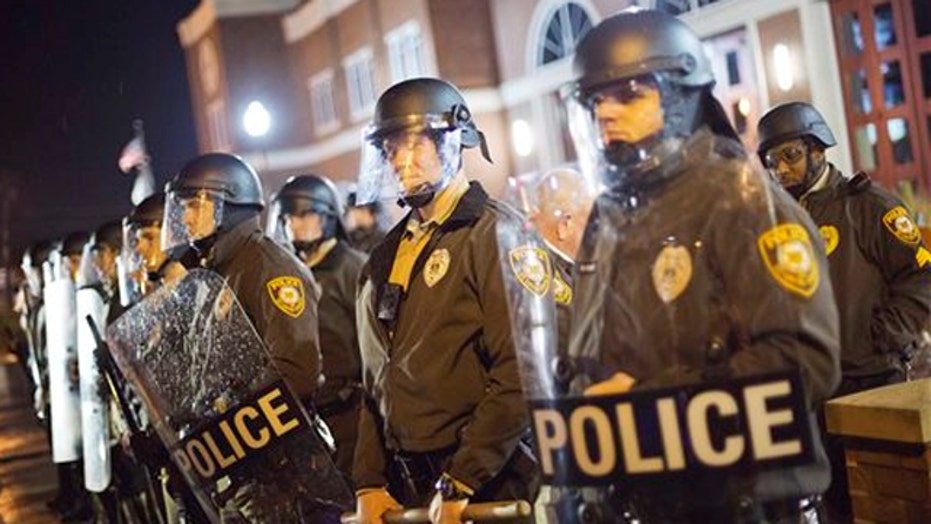 What are law enforcement officials expecting in Ferguson?

President Obama on Sunday called for calm after the announcement of the pending grand jury decision in Ferguson, Mo., and argued that race relations in the U.S. have significantly improved in the past 10 years.

“My own experience tells me race relations continue to improve,” Obama said on ABC’s “This Week,” in an interview taped last week. “There’s no way to say race relations are worse than 20, 50 years ago.”

The much-anticipated announcement -- whether a white police officer who shot and killed Michael Brown, an unarmed black man, will be indicted in connection with the incident -- is now not expected until at least Monday.

The days following the Aug. 9 incident were marked by mass protests and a strong police response. And officials are preparing for a similar situation if Ferguson Police Officer Darren Wilson in not indicted and brought to trial.

“First and foremost, keep protests peaceful,” Obama told ABC. “This is a country that allows everybody to express their views, allows them to peacefully assemble, to protest actions that they think are unjust, but using any event as an excuse for violence is contrary to rule of law and contrary to who we are.”

Missouri Gov. Jay Nixon on Monday declared a state of emergency in anticipation of problems following the announcement.

The FBI has sent nearly 100 additional agents to Ferguson to help law enforcement agencies, according to a U.S. official who spoke on condition of anonymity because the official was not authorized to discuss the FBI plans.

Crews this weekend erected barricades around the Clayton, Mo., judicial center where the grand jury has been considering whether to indict Wilson.

Tensions have been mounting in Ferguson and elsewhere in the St. Louis area in recent days, with many speculating that the grand jury's decision would be announced on Sunday.

Barricades also have been erected in Ferguson where police had set up a makeshift command center in the immediate aftermath of Brown's death.

Obama also said the country needs to do a better job training law enforcement officials and seemed to make a reference to Trayvon Martin.

He said law enforcement needs to “distinguish between a gang banger and a kid who just happens to be wearing a hoodie but otherwise is a good kid and not doing anything wrong.”

Martin was shot and killed on the night of Feb. 26, 2012 by Florida neighborhood watchman George Zimmerman.

The unarmed teen, who was wearing a hoodie, and 28-year-old Zimmerman got into a fatal altercation. Zimmerman was acquitted on manslaughter and murder charges.

Obama would not say whether he will go to Ferguson after the announcement and declined to compare the situation to the 1965 civil rights march in Selma, Ala.