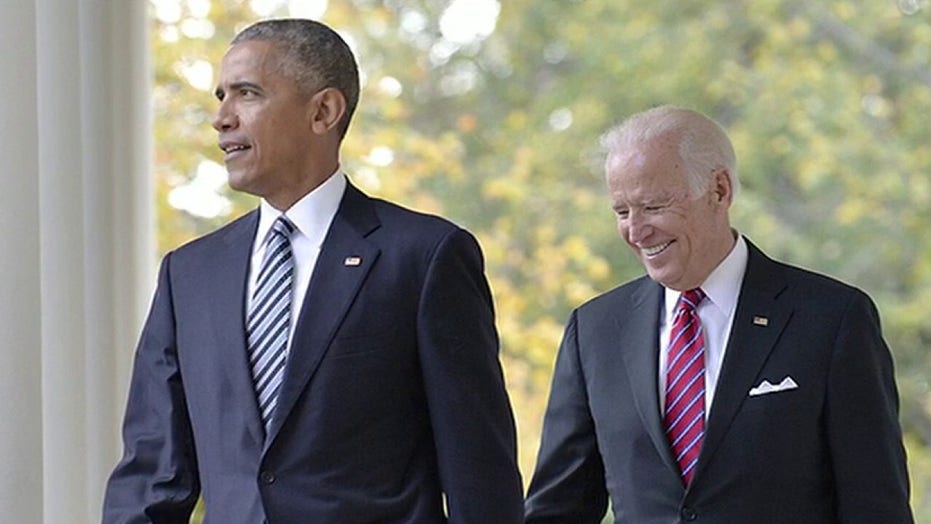 The Obama administration sought several cuts in funding for the Strategic National Stockpile (SNS) of personal protective equipment (PPE) and other critical medical supplies -- although some of the reductions were relatively small, and most came after Republicans implemented a new law to restrict federal discretionary spending, records reviewed by Fox News show.

Former Vice President Joe Biden's campaign has recently stepped up its attacks on President Trump's pandemic preparedness, drawing what could be one of the most consequential battle lines of the presidential race amid the coronavirus crisis. A widely cited USA Today fact-check, which found that the Obama administration had allowed the N95 mask stockpile to deplete, has become a flashpoint in that increasingly murky and numbers-heavy debate.

The document went on to make clear that $68,515,000 would separately be transferred to the SNS from the fiscal 2009 appropriation for an H1N1-related fund, meaning that overall, the strategic stockpile would receive $592,048,000 -- a reduction of only a few million dollars from the previous year.

A top Biden adviser told Fox News on Thursday that the fiscal 2011 budget was "almost identical" to the previous year's budget, and pointed out that the 2011 cuts constituted a reduction of less than 1 percentage point.

Indeed, the Obama administration's budget requests implicitly reference the Budget Control Act several times. The fiscal 2013 budget, for example, states that the "current fiscal climate necessitates scaling back" even though the SNS is a "key resource."

And, the fiscal 2015 budget states: "CDC has always sought to maximize the effectiveness of resources and investments, and is even more focused on doing so in the current fiscal environment."

INSIDE GEORGE W. BUSH'S PUSH TO PREVENT A PANDEMIC -- AND WHERE WE WENT WRONG

Even as those cuts took place, the Biden adviser told Fox News, the Obama administration worked to "modernize the strategic stockpile." The line-by-line budget cuts, the adviser said, could mislead because the "qualitative story of the stockpile of those years is actually one of modernization" -- particularly concerning the mass production of masks and the ability to reuse masks. Those plans weren't acted on by the Trump administration, the Biden adviser said.

Not so, the Trump campaign counters.

“Sleepy Joe doesn’t want to accept responsibility for leaving America unprepared for a pandemic, but the facts are the facts," Trump campaign Deputy Director of Communications Matt Wolking told Fox News. "Biden made no effort to replenish the supply of masks in the Strategic National Stockpile after the 2009 swine flu, despite multiple warnings from experts."

Wolking continued: "Biden’s administration also repeatedly tried to cut funding for the stockpile, including before any budget caps existed. Regardless, the Obama-Biden budget proposals repeatedly ignored the caps, so they are no excuse. Biden’s defenses simply don’t hold water." 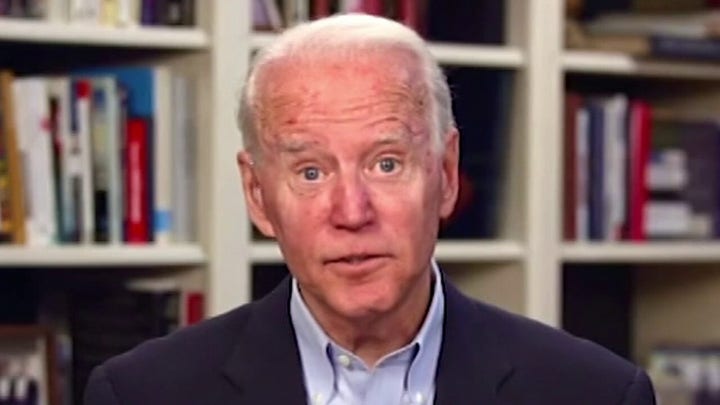 The Trump administration's fiscal 2021 budget request, released in February, said the stockpile's funding should be maintained at $705 million. Fox News has reported that the George W. Bush administration was heavily focused on pandemic response beginning in 2005, including by greatly expanding the stockpile and implementing war games and regular briefings -- but those efforts weren't maintained in the following decade.

In its own statement to Fox News, the Biden campaign took aim squarely at the current administration, while blaming Congress for past budget constraints.

"Instead of building on the strong foundation left to him by the Obama-Biden administration, Trump scrapped the office, threw out the playbook, and wasted months ignoring the threat of the coronavirus instead of securing ventilators, personal protective equipment, and other life-saving supplies," Gwin continued.

Trump counters that the Obama-Biden administration left his own with "empty cupboards."

A PolitiFact analysis notes that while the inventory was not actually bare, there still was not enough to handle the coronavirus pandemic, particularly when it came to N95 masks depleted in the wake of H1N1.

Recalling the budget battles of the prior administration, the analysis notes stockpile funding dropped to its lowest level in 2013 -- about $477 million -- but those levels have steadily grown since, including under Trump.

The Trump campaign has also argued that Biden has misstated Trump's record and mishandled the crisis. For example, Biden condemned Trump's "xenophobia" shortly after he announced a restriction on travel from China on Jan. 31, although the Biden team has denied that the former vice president was referring specifically to the travel ban. Those travel restrictions have been adopted by other countries, and experts credit them with saving lives.

JOHNS HOPKINS: U.S. MORE PREPARED FOR PANDEMIC THAN ANY OTHER COUNTRY

Additionally, Biden has claimed that Trump himself successfully slashed the CDC budget, and Biden has suggested that he would never pursue similar cuts. The Associated Press has noted that those claims "distort" the facts, with FactCheck.org pointing out that CDC funding has actually increased under the current administration, largely because Congress insisted on maintaining funding levels for both CDC and the National Institutes of Health (NIH) even as the Trump administration sought the CDC cuts.

Nevertheless, speaking to ABC News' “This Week” on March 1, Biden claimed: “They’ve cut the funding for the CDC.”

Biden stepped up his attacks on social media as well, writing on Twitter: "Donald Trump's careless, shortsighted actions left our nation ill-prepared and now Americans are paying the price."

A patient is transferred from Elmhurst Hospital Center to a waiting ambulance during the current coronavirus outbreak, Tuesday, April 7, 2020, in New York. New York Gov. Andrew Cuomo said last week that the city's overtaxed hospitals could move patients to other medical facilities to ease the burden on local hospitals. (AP Photo/Kathy Willens)

And, at a virtual town hall on Wednesday, Biden remarked that coronavirus had "magnified some of our worst systemic inequities," and that black and Hispanic communities are suffering higher infection and death rates than white communities.

Streaming live to some 1,621 viewers on YouTube, Biden, whose comments were sometimes muddled, added: “It’s sick, it’s troubling, it’s wrong -- and we’re going to fight back with everything we’ve got."

"That's unconscionable," he concluded. "We need more data on how Latinos and other communities of color are impacted, so we know exactly what has to be done."

Amid the finger-pointing, it emerged in March that the United States was ranked the best-prepared country in the world to handle a pandemic in late 2019 by the Nuclear Threat Initiative (NTI) and the Johns Hopkins Center for Health Security (JHCHS) -- an assessment seemingly at odds with claims by Democrats that the Trump administration left the country vulnerable to the ongoing coronavirus outbreak.

For his part, Trump has focused less on the numbers and more on perceived competency. At coronavirus task force briefing Wednesday at the White House, Trump noted that Biden still hadn't secured the endorsement of his former boss, even after rival Bernie Sanders dropped out of the race and made him the presumptive nominee.

"There's something he feels is wrong," Trump remarked. "He knows something that you don't know, that I think I know."