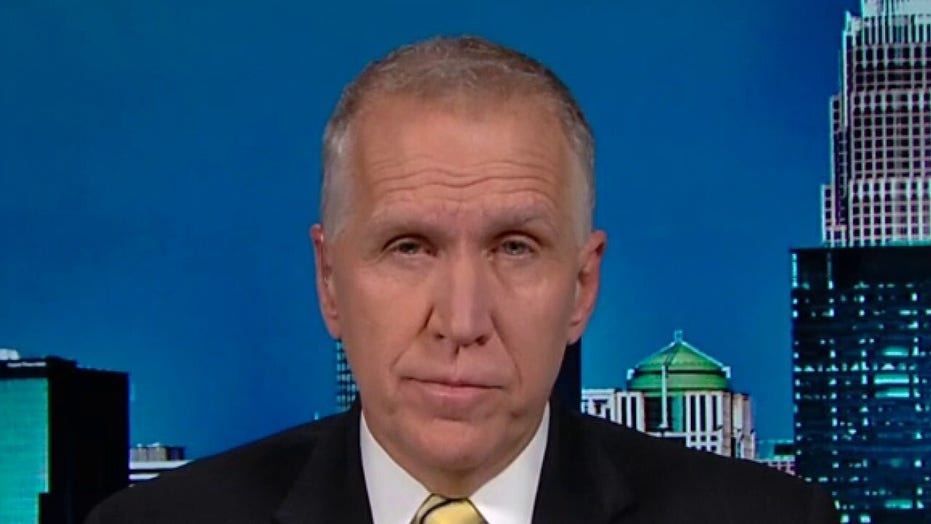 "Thank you, North Carolina," Cunningham tweeted after the Associated Press declared him the winner. "I am honored to be your Democratic nominee for U.S. Senate."

Cunningham is an Army veteran of Iraq and Afghanistan, a businessman and a former state senator. He beat out Democrats Erica Smith, Trevor Fuller, Atul Goel and Steve Swenson on Tuesday.

With 14 percent of precincts reporting, Cunningham had 56 percent of the vote and Smith, a state senator, had 36 percent.

Tillis easily toppled GOP primary challengers from the right who accused the first-term senator of not fully supporting President Trump or representing the conservative base.

“I am honored to have earned the Republican nomination tonight, and pledge to work as hard as I can to hold this seat and get President Trump re-elected so that we can continue to partner on wins for North Carolinians of all backgrounds and political affiliations," Tillis said in a statement.

Tillis framed the upcoming November election as a matchup between someone who works with Trump and someone who embraced "far-left positions like removing President Trump from office."

In this Monday, Sept. 30, 2019, photo, Sen. Thom Tillis responds to questions during an interview in Raleigh, N.C. North Carolina voters were deciding on Super Tuesday which Democrat they believe can unseat Sen. Thom Tillis and whether the current GOP lieutenant governor is the one best suited to oust Gov. Roy Cooper in the fall. (AP Photo/Gerry Broome)

He said he expects five debates against Cunningham.

“[I] believe I will be victorious in this race when North Carolinians are made aware of the stark differences between my record of common-sense conservative accomplishments and the socialist direction the Democrats want to take this country in," Tillis said.

Cunningham, pouncing on the New York Times' characterization of Tillis as "strikingly unpopular," said North Carolinians can't count on Tillis. He predicted he has the momentum on his side to replace Tillis in November.

The Democratic Senatorial Campaign Committee hailed the victory for Cunningham.

“Cal’s decisive victory sends a clear message that North Carolinians are ready for a Senator who will stand up for them,” Sen. Catherine Cortez Masto, the chairwoman of the DSCC, said in a statement. “Cal has worked hard to earn support from voters and local leaders across the state and raise the resources needed to compete in this critical battleground, and his strong grassroots-powered campaign explains why Washington Republicans were terrified to run against him."

Republicans currently hold a 53-47 seat majority in the Senate. Democrats need to pick up a net of four seats to retake the majority and they’ve targeted North Carolina as a state to flip in November.