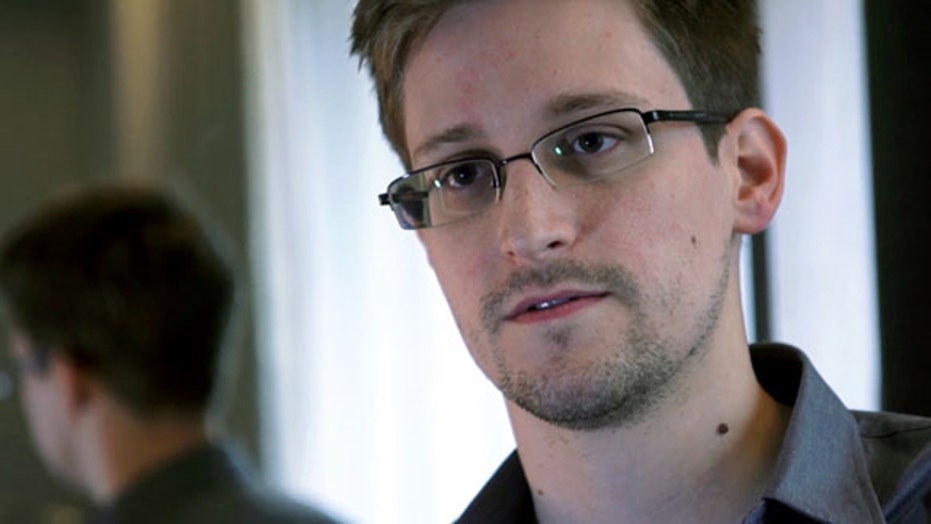 Edward Snowden will likely remain hiding in Russia for some time, with Washington officials and most Americans offering no leniency or forgiveness for him notoriously stealing classified information and jeopardizing U.S. national security.

The White House is the most recent entity to take such a position, rejecting a two-year-long petition drive on its own website to pardon Snowden, who took classified National Security Agency data while working as a government contractor.

“Mr. Snowden's dangerous decision to steal and disclose classified information had severe consequences for the security of our country and the people who work … to protect it,” Lisa Monaco, President Obama’s adviser on Homeland Security and Counterterrorism, said this week. “He should come home to the United States and be judged by a jury of his peers.”

She also said that if Snowden thought his actions were consistent with civil disobedience, then he should have done what others who have taken issue with their own government have done: “Challenge it, speak out, engage in a constructive act of protest.”

The 31-year-old Snowden was a NSA contractor from 2009 to 2013, working roughly the last 15 months at an agency facility in Hawaii that reportedly monitored China and North Korea.

He gave the top-secret information to several journalists before departing in May 2013 for Hong Kong.

In June, the Justice Department charged Snowden with espionage while he was in Russia, where he has since been granted temporary asylum. Snowden purportedly was headed to Ecuador.

Snowden’s efforts exposed the federal government’s vast electronic-spying programs including a post-9/11 project that collects and stores data on Americans’ phone calls and other electronic activities. He reportedly collected, then gave to journalists 50,000 to as many as 200,000 documents.

Washington lawyer Stephen Kohn, who specializes in advocating for corporate and government whistleblowers, argued Wednesday that the U.S. should nevertheless strike a deal with Snowden and show some leniency.

He argued that Snowden never had the opportunity to expose the information, as Morales suggested, because the federal government did not include intelligence agencies when enacting whistleblower laws in 1978.

“It’s stuck in the mud,” said Kohn, a partner in the firm Kohn, Kohn and Colapinto. “These arcane practices have no effective way to report misconduct. … When Congress establishes safe procedures, people use them.”

Kohn also argued the deal should essentially be that Snowden turns over the remaining information in exchange for a punishment less than life in prison.

“It’s in the American public’s interest to contain more damage,” he said.

Americans, however, don’t appear willing or eager to cut Snowden a break.

Roughly 64 percent of them familiar with Snowden have a negative view of him, according to a poll published in April by U.S. News & World Report.

Snowden will likely remain beyond U.S. borders at least until Obama leaves office in January 2017.

None of the 17 GOP presidential candidates have touted a deal, if elected president, and unlikely will, considering the party’s base favors those tough on national security.

David Payne, a Republican strategist and partner at Vox Global, argues the 2016 GOP candidates have a range of beliefs on the issue: from former Florida Gov. Jeb Bush and Florida Sen. Marco Rubio, who think the recent reforms to our government “snooping” laws were extreme, to Kentucky Sen. Rand Paul, who has proposed major restrictions to government data collection on citizens.

He also points out that the April poll was funded by the American Civil Liberties Union, which supports Snowden. And he argues nobody in the GOP field would back a “politically tricky” presidential pardon.

“We won’t see a Republican presidential nominee go anywhere near this idea,” he said Thursday.

Democratic challenge Vermont Sen. Bernie Sanders purportedly expressed interest last year in some leniency for Snowden but made clear that he thought he committed a crime.

However, neither his nor the campaign of fellow 2016 Democratic presidential candidate Hillary Clinton responded to a request this week for a statement about Snowden.

Former Attorney General Eric Holder has recently said “the possibility exists” that Snowden could strike a deal that would limit his prison time, to perhaps three to five years.

However, the White House has also downplayed Holder’s comments.

"I would caution you against reading his comments that way," Press Secretary Josh Earnest told reporters July 8.