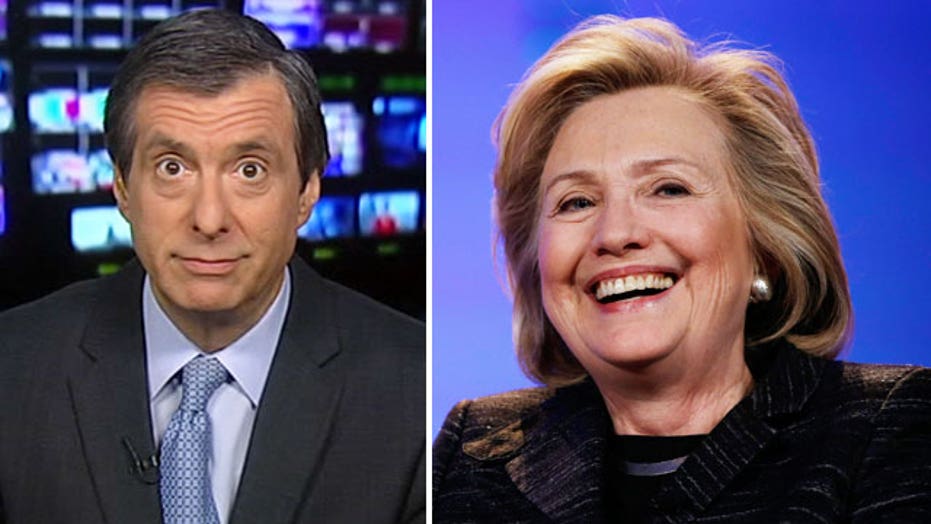 How much does Hillary Clinton hate the media?

Or to turn that question around, how much do the mainstream media resent Hillary Clinton?

The overwhelmingly negative reviews of her performance as Deleter of the Free World (to borrow the New York Post’s headline) span the spectrum. This isn’t the usual left-right dustup. The narrative that Hillary is blowing this is being driven by the media establishment, with the story broken by the New York Times and with many liberal commentators reacting with skepticism or outright criticism.

Hillary’s animosity toward the media, as I’ve noted, dates to the Whitewater/Travelgate/Filegate era, when the first lady often resisted disclosure and admitted that she had unrealistic expectations for a “zone of privacy.” She later blamed the Monica Lewinsky mess on a “vast right-wing conspiracy,” when of course her husband was having sexual relations with that woman.

While Hillary can charm reporters in one-on-one encounters, the media’s view of her as robotic, remote and inaccessible intensified during the 2008 campaign. I once trailed her for a long day in New Hampshire before, after much lobbying, I was able to sneak in a single question as she was leaving a nighttime event: Wouldn't providing more media access help get her message out?

"We try to balance what we do every day," Hillary told me. "I'm trying to reach as many voters as possible one-on-one" while also dealing with the local press and making time for occasional national interviews. "It seems I have mushrooming demands. The balancing is really intense." But of course the decision to rarely engage the national media was quite deliberate.

It was also in the ’08 campaign that MSNBC’s Chris Matthews apologized for what he called a “nasty” remark that Hillary owed her political career to the sympathy over her husband having “messed around.”

Much of the press was promoting Barack Obama, as Mark Halperin, then with Time, was quick to acknowledge: "Your typical reporter has a thinly disguised preference that Barack Obama be the nominee. The narrative of him beating her is better than her beating him, in part because she's a Clinton and in part because he's a young African American. . . . There's no one rooting for her to come back."

So why the lingering resentment? I think many journalists just don’t like the way Hillary Clinton plays the game. They view her as joyless, scripted and inauthentic—kind of like the “SNL” parody. Many were drawn to Bill Clinton’s love of politics and his pleasure in engaging with the media. Journalists like to be liked, or at least respected, and they sense that Hillary wishes she didn’t have to deal with them.

“She’s not going to pretend that this latest uproar is on the level, that the reporters and politicians second-guessing her judgments and clamoring for more answers have anything but self-interested motives in fanning the controversy.”

Hillary also believes, says Harris, “that the pious clamor for more disclosure and more revelation is fundamentally insincere. The media-political complex is not seeking a window into matters of public interest; it is looking for a weapon, one that will be brandished to produce still more stories or start still more investigations.”

“Rather than be transparent, completely honest, and accountable, Clinton doubled down on the 1990s…
“Trust me, I'm a Clinton. This is part of a decades-old pattern: For all their strengths, Hillary and Bill Clinton have a weakness for victimization, entitlement, and their unbounded belief that the ends justify the means. Rules are for little people, not them.”

“Hillary Clinton’s press conference could not have felt more Clinton. Those hoping this well-known accomplished woman would emerge as a new kind of candidate were disappointed on Tuesday. Instead, this was vintage Clinton from the 1990s: late, grudging, and incomplete.”

But even Salon’s Joan Walsh, a self-described Democrat, offered a very mixed review, saying Hillary “doesn’t get that when she has to face down the media, in a real or a trumped-up scandal, she is expected to take questions patiently and without seeming rattled or aggrieved, while at least trying to pretend that she doesn’t believe everyone in the room is hopelessly biased against her.

“So Clinton’s Tuesday press conference, in which she was alternately proud and defensive, probably didn’t convince anyone of anything they didn’t already believe. If you think she’s shady, then she surely looked shady to you, with her eyes too often cast down at her lectern, not at her audience. If you think she’s the persecuted victim of a vast and metastasizing right wing conspiracy, she handled an untenable situation the best anyone could.”

“My reaction to this episode is a combination of exasperation, sadness and a strong sense of deja vu. It’s exasperating because it’s all so unnecessary. Accepting Clinton’s asserted reason for relying on private e-mail, why does she get to play by different rules than other senior government officials, who juggle two devices? Why, understanding what a big target she is, knowing that her records were being sought, weren’t she and her aides more careful about compliance?”

And I haven’t even gotten to the conservatives yet. Let’s throw one in, the Daily Caller’s Matt Lewis:

“The larger, if more superficial, impression I was left with was the general feeling that she seemed utterly unlikable…

“In the absence of a smoking gun (which has likely been deleted), my guess is that — in the long run — much of politics comes down to things like likability and authenticity. And if this rollout was a harbinger of things to come, Hillary is in trouble. It’s become something of a cliche to say this, but it seems like she’s just not that good at (this part of) politics. And the problem is, at this level, you kind of have to be.”

Now plenty of people must find Hillary likable—“likable enough,” as Obama once rudely put it—or she wouldn’t be the overwhelming Democratic front-runner. The question is whether all the negative media coverage will indelibly tarnish her image.