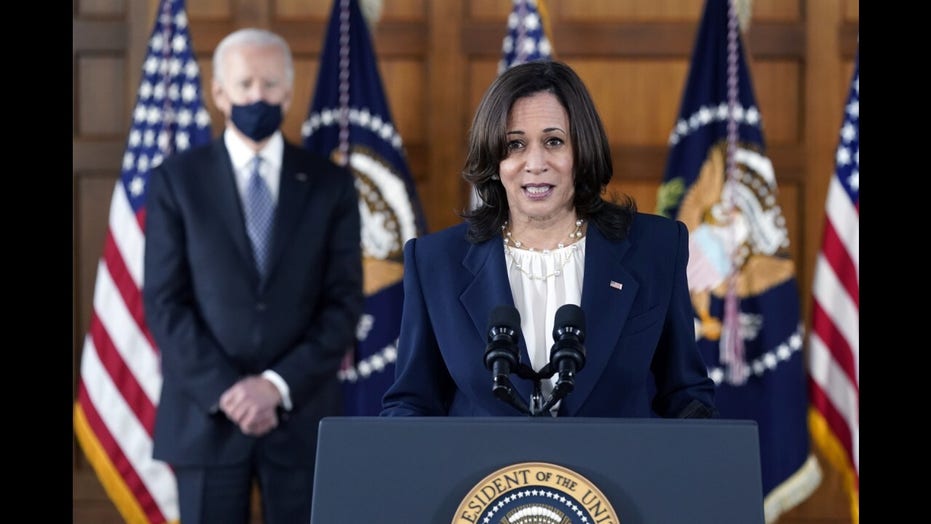 Sen. Ron Johnson, R-Wis., on joining the GOP delegation to head to the southern border and Vice President Kamala Harris leading the response to the border crisis.

Former U.N. Ambassador Nikki Haley on Friday took aim at Vice President Kamala Harris, saying that she can’t be trusted to deal with the border crisis, citing a 2018 comparison the then-senator made between Immigration and Customs Enforcement (ICE) and the Ku Klux Klan.

"How can we trust Kamala Harris to deal with the border crisis when she compared ICE to the KKK in 2018?" Haley tweeted. "Answer: We can't."

Haley was referring to a contentious confirmation hearing in November 2018, when Harris asked Ronald Vitiello -- who was then-President Donald Trump’s nominee to lead ICE -- if he was "aware of the perception" of a similarity between ICE and the KKK.

"What is the history that would then make those words wrong?" Harris asked, to which Vitiello responded by saying the KKK would be labeled as a domestic terrorist group by today’s standards and was motivated by race and ethnicity and tried to use "fear and force."

"Are you aware of the perception of many about how the power and the discretion at ICE is being used to enforce the laws and do you see any parallels?" she had asked.

Vitiello pushed back saying "I do not see any parallels" between the agency and the KKK and inquired whether she was asking him if the two were in the same category.

"No, I'm very specific about what I'm asking you. Are you aware of a perception that the way that they ..." Harris went on, before the nominee said, "I see none."

But Harris pressed on: "Are you aware that there is a perception that ICE is administering its power in a way that is causing fear and intimidation, particularly among immigrants and specifically among immigrants coming from Mexico and Central America?"

Harris ended her questioning by asking whether Vitiello can lead the agency if he’s not aware of the negative views toward it.

"Sir, how can you be the head of an agency and be unaware of how your agency is perceived by certain communities?" she asked.

"There’s a lot of perceptions in the media and in the public that are incorrect about the agency and what it does," Vitiello responded. 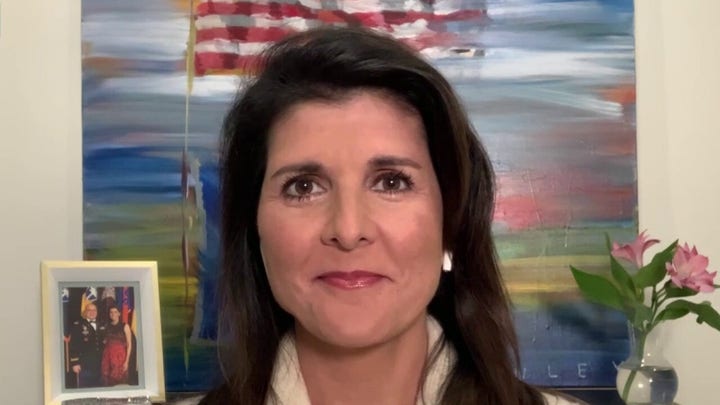 The line of questioning sparked controversy at the time, with a number of Republicans condemning the comparison. But it has re-emerged in recent days since President Biden announced that Harris will serve as the administration’s diplomatic liaison in talks with Mexico and the Northern Triangle nations of Honduras, Guatemala and El Salvador on how best to address the root causes of the recent surge in migrant numbers.

"This new surge we’re dealing with now started with the last administration, but it’s our responsibility to deal with it humanely and to stop what’s happening," Biden said. "This increase has been consequential, but the vice president’s agreed -- among the multiple other things I have her leading and I appreciate it -- agreed to lead our diplomatic effort and work with those nations to accept the returnees and enhance migration enforcement at their borders."

"Now Joe Biden says "she speaks for me" on the border crisis?" she said. "That should concern every American."

Haley has been one of those critical voices. Earlier this week she contrasted the approach of the Trump administration, under which she served as U.N. ambassador, to Biden's approach.

"We need to deal with the immigration problem before it even gets to our border. President Trump understood that and worked with Mexico and Central American countries to make sure that happened," she said. "Biden's policies are only encouraging migrants to come in endless droves."