Nikki Haley responds to Larry Kudlow: I don't get confused

U.S. ambassador to the United Nations Nikki Haley has come under fire for her use of personal Twitter account for her diplomatic work and preparing for 2024 elections, despite the precedent being set by previous administrations.

Haley, the rising political star whose fiery statements at the U.N. earned her bipartisan praise, has been using her personal Twitter account @NikkiHaley to make work-related announcements since she was confirmed for the role.

Among her tweets, there are stark condemnation of the Russian government actions in Syria and criticizing other members of the U.N. for voting against the U.S.

The account also features music recommendations and the much-awaited declaration that Haley is on “Team Laurel” in the hotly contested debate whether an audio clip is saying “Yanny” or “Laurel.”

"Taxpayer dollars shouldn't be used to fund someone's social media stardom for political or business purposes," Brett Bruen, a former diplomat who helped craft the State Department rules, told the outlet. "It doesn't take a savvy political mind to identify that Haley is trying to attract American voters for 2024."

The U.S. ambassador to the U.N. has enlarged its Twitter following eightfold, from 193,000 Twitter followers on the day of her confirmation to 1.6 million today.

The concern of U.S. diplomats using their private accounts became an issue during the reign of then-Secretary of State John. Kerry, who already amassed a large following prior the role, was given an exception to use his account to conduct the diplomatic work. But similar to Haley, Kerry has made numerous personal posts on his Twitter account.

The Obama administration, in its final months, finalized social media guidelines for all U.S. diplomats and barred any future officials from using their personal accounts, according to Politico.

Diplomatic officials can link or repost official State Department content on their personal accounts but they must clearly indicated that “the personal social media account is not being used to communicate on behalf of the department." 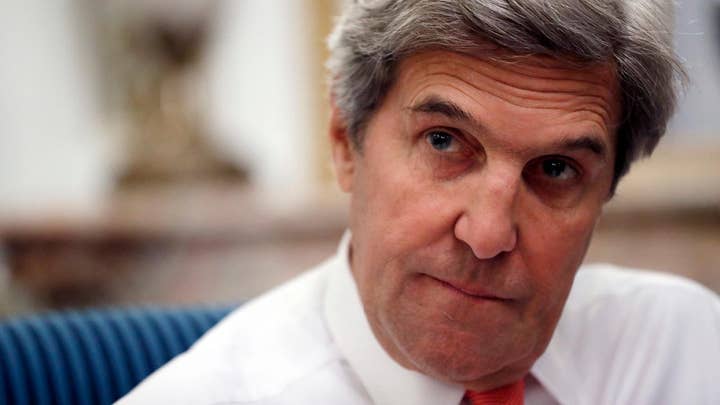 Haley’s tweeting habits were rebuked last year when the Office of Special Counsel accused her of violating the Hatch Act, which prohibits members of the executive branch from campaigning, when she retweeted President Donald Trump’s endorsement of a Congressional candidate in South Carolina, Politico reported. She retracted the retweet and was issued a warning.

A spokesperson for Haley’s office told Politico that she works with the State Department to ensure her account is compliant with all regulations.