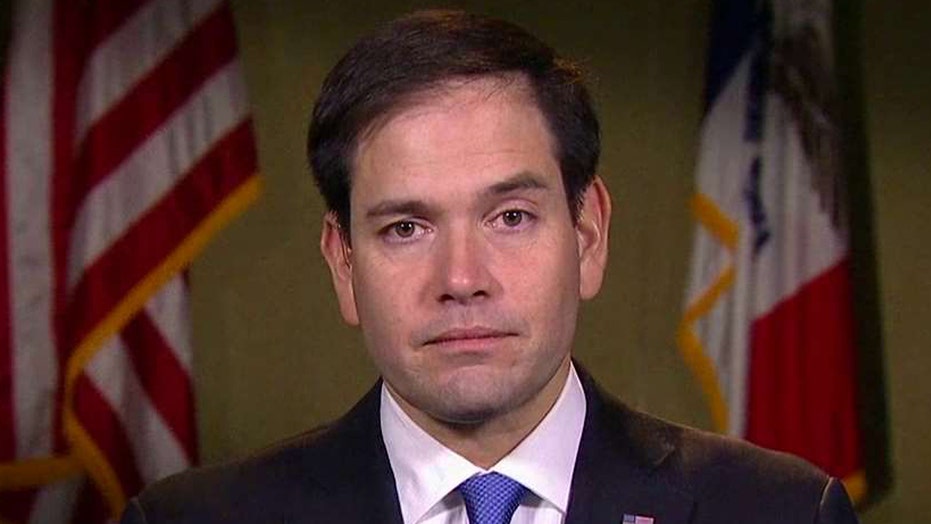 Rubio: If threatened, US must 'respond and defend Turkey'

Republican presidential candidate on downing of Russian warplane near Syrian border, says Putin will move to save face but won't test NATO

The one-minute ad -- titled "Bartender" -- extends the American Dream narrative that is a focal point of the Florida senator's White House bid.

It tells the story of Rubio's father, Mario, a Cuban-American immigrant who worked for decades as a street vendor, security guard, apartment building manager and crossing guard, but who primarily provided for his family of five as a bartender in Florida and Nevada.

“My father stood behind a small portable bar in the back of a room for all those years, so that I could stand behind this podium in front of this room and this nation,” Rubio says in the ad, reprising a line from his announcement speech in April. “That journey from behind that bar to behind this podium, that’s the essence of the American Dream.”

A campaign aide told Fox News that the ad, which starts next week, is the first in a $20 million ad buy on cable TV and will run in the four states through the February primaries.

Just before he was elected to the Senate, Rubio lost his father to cancer. But he has remained a strong presence in Rubio’s 2016 presidential bid.

Rubio, tied for third among Republican candidates in a new Fox News poll, has often talked about how his family and father influenced him and helped mold him as a man. His 2013 book "American Son" devoted chapters to that central theme.

"I regret that my father did not live to see this day in person,” Rubio said at the iconic Miami landmark, The Freedom Tower, when announcing his presidential bid.

Said Rubio: "He used to tell us all the time, in this country you will achieve all the things we never could."

In an interview with Fox News' Jenna Lee, Rubio was asked about the significance of the ad's theme.

"The ad at the end of the day is really not about my father,” he said. “It is about America. The point I am making is that it is the only country in the history of the world that he could have done what he did for us: work as a bartender and leave us better off. Where else in the world could he have really have done that?"