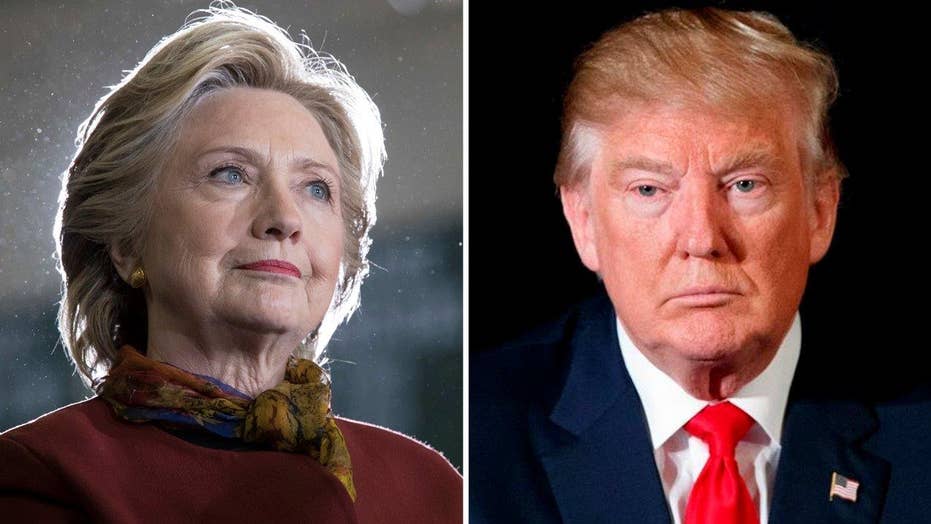 Schlapp and Kucinich sound off

The ABC/Washington Post tracking poll was conducted from Tuesday to Friday, which means the survey’s 1,781 respondents could only be asked on the final day about the revelations regarding the new emails.

Still, the poll found 34 percent of the respondents were “less likely” to vote for Clinton and that she now leads Republican presidential nominee Donald Trump by just a single percentage point, 46-to-45 percent, in a four-way White House race, with Election Day on Nov. 8.

The other two candidates are Libertarian candidate Gary Johnson and Green Party candidate Jill Stein, who, respectively, got 4 percent and 2 percent of the vote.

Clinton leads Trump by 4 percentage points, according to the most recent averaging of polls by RealClearPolitics. She had increased her lead in several polls after the release in early October of a 2005 audiotape in which Trump is heard boasting about his celebrity status allowing him to kiss and fondle women without invitation.

FBI Director James Comey told Congress on Friday the agency found, while investigating a separate case, emails potentially related to its investigation into Clinton’s use of a private Internet server system while Clinton was secretary of state from 2009 to 2013.

The FBI this summer wrapped up a roughly one-year investigation into Clinton using the private server system.

Comey said at the time that some of the emails from the server included classified information and that Clinton was “extremely careless” in her actions. However, he said the agency didn’t have enough material to recommend to the Justice Department criminal prosecution.

Clinton has said that she did not mishandle classified material in the emails.

The Clinton campaign has suggested in the past couple of days the release of Comey’s letter 10 days before Election Day is politically motivated and in fact was a breach of FBI protocol, in addition to repeatedly calling on Comey to provide more details to the American people.