President Trump’s flurry of November changes at the Pentagon could have U.S. troops home from Afghanistan by Christmas, if one new adviser gets his way.

Retired Col. Douglas MacGregor, who has appeared on Fox News espousing the immediate withdrawal from Afghanistan, closing the U.S. Embassy there, and pulling U.S. troops out of Syria and the Korean Peninsula, will be a senior adviser to acting Defense Secretary Chris Miller.

“I can confirm that Mr. MacGregor will be serving as a senior adviser to the acting secretary of defense,” Sue Gough, a spokesperson for the Office of the Secretary of Defense, told Fox News. “Mr. MacGregor’s decades of military experience will be used to assist in the continued implementation of the president’s national security priorities.”

DOUGLAS MACGREGOR CALLS ON TRUMP TO PULL TROOPS FROM AGHANISTAN: 'THAT'S WHY WE VOTED FOR HIM'

“He could stand up tomorrow and pull us out, but he needs to send everyone out of the Oval Office who keeps telling him, 'If you do that and something bad happens, it's going to be blamed on you, Mr. President',” MacGregor said at the time.

But he's also stirred up some controversy by reportedly calling for illegal immigrants at the U.S.-Mexico border to be shot to deter others from crossing.

The move to bring him on as a senior adviser in the Defense secretary’s office, reported by Axios, comes after an abrupt Pentagon shakeup under President Trump.

The changes at the top of the Pentagon have sent shock waves through the U.S. military, according to multiple current and former defense and intelligence officials. They indicated the White House is essentially removing anyone who has disagreed with the administration in the past on issues such as troop withdrawals and military operations against Iran.

According to a senior U.S. official: “We are in uncharted territory for the country.” The angst at the Pentagon is palpable.

Fox News has learned that after arriving in the Pentagon on Monday shortly after Defense Secretary Mark Esper’s firing, Miller, the new acting Defense secretary, reassured senior Pentagon staff that there would be no big changes. 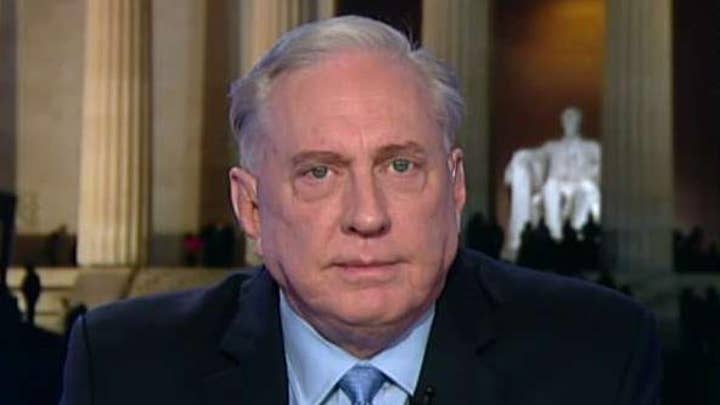 But later that evening, he was called to the White House to meet with Johnny McEntee, the 30-year-old head of the White House personnel office who has been orchestrating a purge of government agencies and inserting Trump loyalists.

Many of the new appointees are known as “Iran hawks,” have special operations training and favor regime change in Tehran and military strikes against Iran’s nuclear program. Many also espoused bringing all U.S. troops home from Afghanistan, and favor withdrawing completely from Syria to reduce troop presence in the Middle East. Tata, who once called President Obama a “terrorist leader” is now in charge of policy.

Fox News was told that CIA director Gina Haspel was slated to be fired Tuesday night and replaced by Trump loyalist Richard Grenell, who has been leading the charge against alleged election fraud, but Senate Majority Leader Mitch McConnell may have pushed back.

She met with McConnell on Tuesday and is close to Secretary of State Mike Pompeo as well. Other Republican senators also stood up for her in the last 24 hours.

Within the intelligence community, eyebrows were raised when Michael Ellis, a former staffer to Rep. Devin Nunes, was assigned to be the new general counsel at the National Security Agency. The position can sign off on declassifications, and also give legal permission for U.S. Cyber Command and NSA surveillance activities.

There are indications that Israel may want to see a military strike against Iran’s nuclear facilities prior to a Biden administration. Prime Minister Benjamin Netanyahu famously did not get along with former President Barack Obama and Biden, and opposed the Joint Comprehensive Plan of Action, also known as the Iran Nuclear Deal or JCPOA.

On Wednesday, the International Atomic Energy Agency said Iran has 12 times more uranium than it is supposed to under the deal. Israeli Defense Minister Benny Gantz made two back-to-back visits to the Pentagon in the weeks before the election. And recently, Congress agreed to provide Israel with massive ordnance penetrators, also known as MOP bombs or “bunker busters.”

Right now the U.S. has about 60,000 troops in the Middle East at bases that would be immediate targets of retribution by Iran, which has a stockpile of 9,000 ballistic missiles.