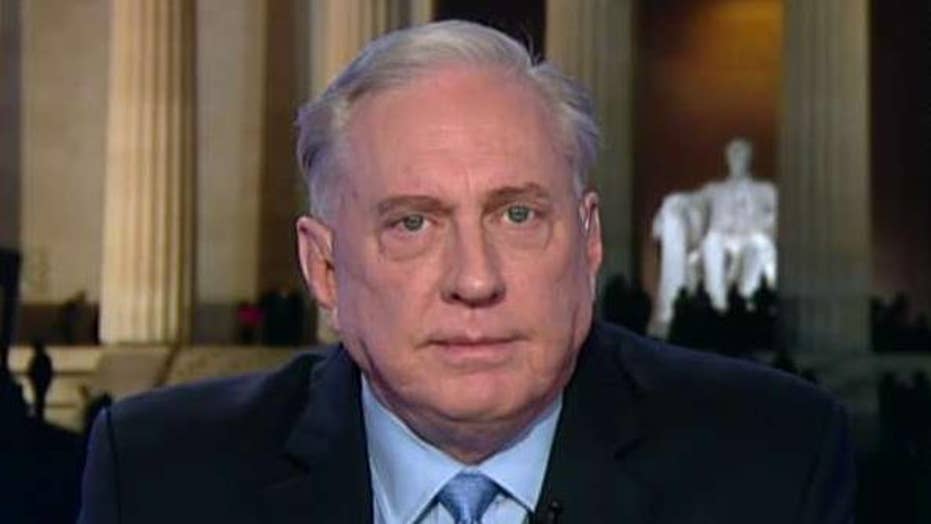 "There is one man, only one man who can take decisive action and end this. His name is Donald Trump. He promised to do that a long time ago. He's disappointed a lot of us because he hasn't," Macgregor told Carlson. "He could stand up tomorrow and pull us out, but he needs to send everyone out of the Oval Office who keeps telling him, 'If you do that and something bad happens, it's going to be blamed on you, Mr. President.'"

TALIBAN COUNCIL AGREES TO TEMPORARY CEASE-FIRE IN AFGHANISTAN, OPENING WINDOW TO PEACE DEAL WITH US: REPORT

Carlson and Macgregor were responding to the news that two U.S. service members were killed over the weekend after an improvised explosive device (IED) hit their vehicle in southern Afghanistan.

"[Trump] needs to say, 'I don't give a damn. This is wrong. What do I tell the families of these people that just recently were murdered in Afghanistan for no reason at all, for no strategic purpose, for no attainable political or military objective?'" Macgregor said. "I'm telling you now, I want our troops out. That's why we voted for him. He needs to do it."

Carlson outlined the number of lives lost, the billions of dollars wasted and lack of strategy in Afghanistan before calling on "someone" to pull the troops out of the conflict.

"We need someone brave enough to stop what's happening there for the sake of this country," Carlson said.

As for the argument that there must be a pullout strategy so that the U.S. doesn't lose its footing in the region, Macgregor claimed any such strategy would ultimately be futile.

"The truth is, it doesn't make any difference when we leave. It's all going to fall apart," he said. "But the good news is that once we're out, at least we will no longer be subsidizing the corruption and we will no longer subsidize Afghanistan as the global engine of heroin production, which it has become under our watch."