Several Senate Democrats on Tuesday introduced a bill that would lift a ban on Deferred Action for Childhood Arrivals (DACA) recipients from obtaining congressional employment and internships.

The American Dream Employment Act would amend a provision added into annual appropriations bills that bars most noncitizens -- including Dreamers -- from working in the federal government, CQ Roll Call reported.

“The giant sign outside my office says ‘DREAMers Welcome Here’ because we know and value the contributions that these young people have made to their communities,” Sen. Kamala Harris, D-Calif., one of the bill’s sponsors, said in a news release. “But right now, those same young people are banned from giving back to their country by working for Congress. That has to change. Government works best when it reflects the people it represents. Our nation’s DREAMers are some of our best and brightest, and it’s time they had the opportunity to get a job or paid internship on Capitol Hill.”

The legislation was first introduced earlier this year in the House by Rep. Ann Kirkpatrick, D-Ariz. It has the support of several immigrant-rights groups and 57 bi-partisan co-sponsors, the release said.

Past versions of the American Dream Employment Act in 2016 and 2017 have been unsuccessful. Some Republicans opposed to DACA say it condones illegal immigration. 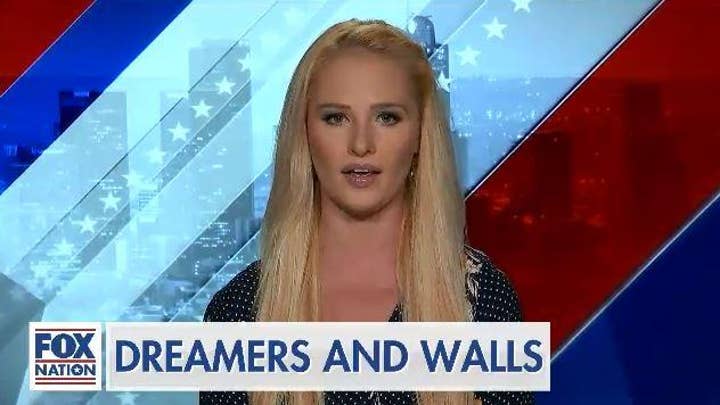 "Illegal immigrants have continued bringing children into the country since 2012," U.S. Rep. Andy Biggs, R-Ariz., wrote in January. "In fact, the number of children being sent or brought illegally into the country has increased."

President Trump opposes DACA as well, saying former President Barack Obama overstepped his authority when his administration created the program through an executive order. DACA aims to protect around 700,000 young adults who were brought to the U.S. illegally as children.

Trump has tried to end the program, but a federal court last year ruled it should be restarted.

Some DACA recipients were surprised to learn of the restrictions against them working for Congress.

AMERICAN DREAMERS: WHY IMMIGRANTS START SO MANY BUSINESSES

Angel Silva, who came to the U.S. from Mexico when he was 1 year old, interviewed with a Democratic senator’s office for a full-time position after completing a 2017 internship in the House of Representatives through the Congressional Hispanic Caucus Institute, Roll Call reported.

Internships funded through a third party are legal, but extremely competitive.

“After my interview, they were supposed to call me at the end of the day about next steps. I got the call and thought, ‘Oh great, I’ll learn what my next steps are.’ That’s when a staffer said there is this prohibition that bars DACA recipients from working at the federal level. I couldn’t even work for [the Federal Housing Authority] or the Forest Service,” Silva told the politics website.

“I’ve been proud to have several Dreamers work in my office as volunteer interns and have seen firsthand how the people of Illinois would benefit if Dreamers could serve as paid employees in my office," he said.