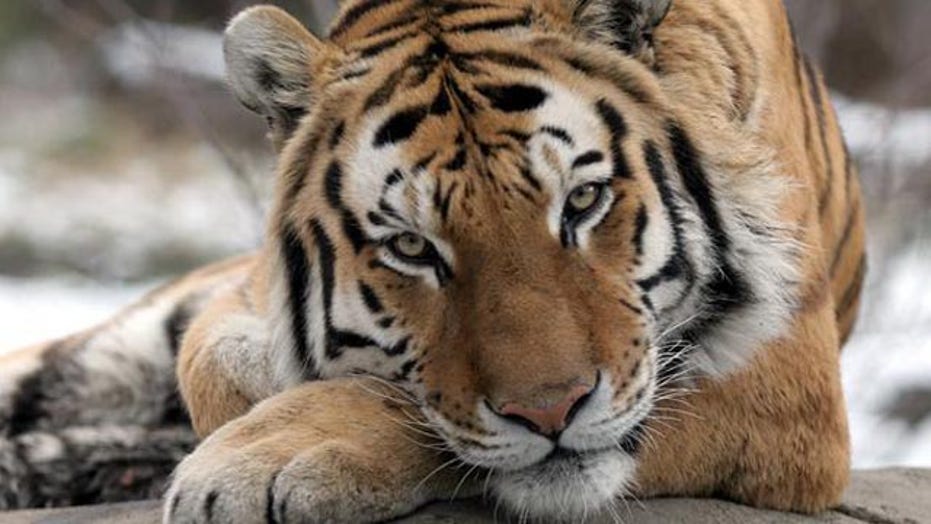 Soon, more Americans will be able to legally light a joint. Workers across the country will see a higher minimum wage. And states will crack down on everything from pet tattoos to cramped hen cages to selfies with tigers.

The new year will usher in thousands of new laws, covering these areas and much, much more.

Grabbing the headlines lately have been the marijuana legalization measures approved on Election Day in Oregon, Alaska and the District of Columbia.

Though marijuana is still considered illegal by the federal government, the two states and D.C. follow Colorado and Washington state in allowing it locally.

But residents there should stick to champagne to celebrate New Year's -- the Alaska measure isn't expected to take effect until February, and the Oregon measure doesn't green-light possession until July 2015. And the Washington, D.C., measure already is getting caught in the congressional grinder, as lawmakers try and block implementation.

On another front, a number of cities and roughly 20 states are raising their minimum wage next year.

The highest is in Oakland, Calif., which raised its citywide wage to $12.25 beginning in March, setting an increase every January based on cost-of-living adjustments. Similarly, San Francisco passed its own incremental hike, starting with a raise to $11.05 on Jan. 1.

States are tackling issues that go well beyond marijuana and the minimum wage. They include:

Animal tattoos. In New York, a law signed Dec. 15 by Gov. Andrew Cuomo will make it a crime to pierce or tattoo animals.

The only exception will be for markings done under a veterinarian's supervision for a medical reason or identification. But anyone thinking of getting Fido a "ma" tattoo ... should think again. Penalties for violations range up to 15 days in jail and up to a $250 fine.

The law reportedly gained traction after the case of a woman trying to sell "gothic kittens" with piercings, as well as a New Yorker who tattooed his pit bull. The law takes effect in about four months.

Hen cages. In California, a 2008 ballot initiative going into effect on Jan. 1 will restrict the confinement of egg-laying hens, breeding sows and veal calves. The new law will require that they have enough space to move around, and not be kept in cramped cages.

It could be costly for farmers, but animal rights groups are hailing the changes. The Humane Society of the United States says the law goes further than any in the country when coupled with a law signed by former Gov. Arnold Schwarzenegger that extends the space requirements for egg-laying hens to out-of-state suppliers.

Driver's licenses for illegal immigrants. Starting Thursday, California illegal immigrants will be able to apply for a state drivers' license under a 2013 law. Hundreds of thousands of applicants are expected.

Bag ban. Starting in July of 2015, the first part of a controversial plastic bag ban is set to go into effect in California.

In September, Gov. Jerry Brown signed SB270. It would pull plastic bags out of checkout counters at large grocery stores and supermarkets such as Wal-Mart and Target in the summer of next year, and convenience stores and pharmacies in 2016. The law does not apply to bags used for fruits, vegetables or meats, or to shopping bags used at other retailers.

However, business groups trying to overturn the law said Monday they've collected more than enough signatures to put their referendum on the November 2016 ballot. If the referendum qualifies, the nation's first statewide ban on single-use plastic bags will be suspended until voters weigh in, effectively buying plastic bag manufacturers more time.

Fracking bans. In November, voters in Athens, Ohio; Denton, Texas; and California's Mendocino and San Benito counties passed measures banning fracking, a practice in which high-pressure liquid, typically water, is shot through a drill hole in the earth as a means of getting at oil or natural gas. An oil company, Citadel Exploration, which had planned to conduct oil exploration on private lands in San Benito, has already filed a $1.2 billion claim with the county saying that is how much the company will lose from the fracking ban.

Data destruction. A Delaware law takes effect Jan. 1 requiring companies to scrub a host of customer information. It requires all "commercial entities" to take "all reasonable steps" to destroy consumers' personal identifying information that is "no longer to be retained by the commercial entity" by "shredding, erasing, or otherwise destroying or modifying" it -- "to make it entirely unreadable or indecipherable through any means."

Laptop rules. In New York, the state later this week will make it illegal to throw away laptops and other electronics in the regular trash. Instead, consumers must begin recycling old computers, televisions and video game consoles.

Tiger selfies. In New York in February, it becomes illegal to pose for a photo with a lion, tiger or other big cat. The measure, which specifically prohibits contact between members of the public and big cats at animal shows, passed after self-portraits with the animals started becoming more popular online, particularly with some young men on dating sites.

'Yes means yes.' In California, a "yes means yes" standard for sex between college students takes effect on Thursday, requiring "an affirmative, conscious and voluntary agreement to engage in sexual activity," meaning silence or a lack of resistance can no longer be deemed consent.

Sweet-beverage tax. In November, voters in Berkeley, Calif. passed a one-cent tax on certain sugary drinks, including soda and other beverages such as Snapple and Gatorade. The tax, in effect Jan. 1, will be paid by distributors, not retailers, but it is unclear how or if the higher cost will be passed on to consumers.

Pregnancy accommodation. As of Jan. 1, all employers with one or more workers in Illinois will be violating the civil rights of a pregnant employee if they do not make reasonable accommodations for that employee, or force them to take leave or fail to reinstate them to their position (or an equivalent position) after childbirth.

'Right to try.' A "Right to Try" law was passed by Arizona's citizens who will now be given access to medications, medical devices and other treatments that have passed first clinical trials but have not yet been approved by the Food and Drug Administration (FDA). Eligible patients would have to be terminally ill and have exhausted all other FDA-approved treatments.

FoxNews.com's Kelley Beaucar Vlahos and The Associated Press contributed to this report.