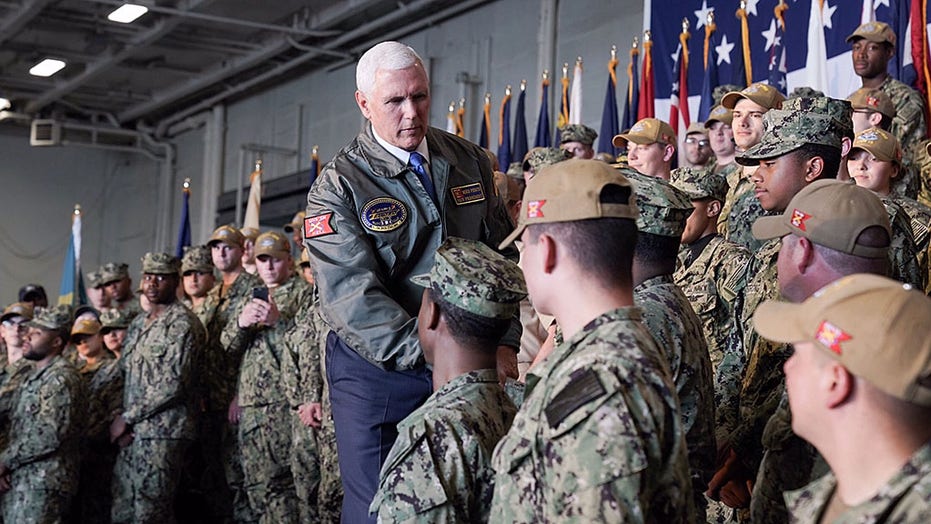 U.S. Navy sailors who were awaiting Vice President Mike Pence’s visit Tuesday were told by the ship’s command master chief to “clap like we’re at a strip club” when the vice president arrived at the USS Harry S. Truman.

The U.S. Navy confirmed to Fox News Thursday that the statement was made to sailors ahead of Pence’s visit to the ship.

“We can confirm that this statement was made by USS Harry S. Truman's Command Master Chief to Truman's Sailors, prior to the arrival of the Vice President,” Lt. Cmdr. Laura K. Stegherr told Fox News in a statement.

“This statement was inappropriate, and this issue is being addressed by Truman's leadership,” the statement continued. “Truman's Commanding Officer personally engaged the crew during all-hands calls to ensure that all Sailors on board understand that the comments they heard are unacceptable.”

Pence toured the vessel in Norfolk, Va., and thanked those who served.

“To all of the men & women who serve on the USS Truman – let me deliver this simple message: Thank you for your service,” Pence tweeted.

On Wednesday, President Trump tweeted he was “overriding the Decommission Order of the magnificent aircraft carrier Harry S. Truman.”

“It will be updated at a fraction of the cost of a new one (which also are being built)!” he wrote.