"I have said this is something we do with a heavy heart. This is very prayerful," Pelosi told reporters, acknowledging how divided the country is along partisan lines.

"Because impeaching is a divisive thing in our country. It's hard," she said, arguing that public opinion turned rapidly against Nixon when the country started to see the evidence in public.

"It wasn't there before he left, even two weeks before he left it wasn't there until the other shoe fell and he walked out the door. What President Trump has done on the record, in terms of acting to advantage, asking a foreign power to help him in his own election, and of the obstruction of information about that, the cover-up makes what Nixon did look almost small," she continued.

House Republicans will have a chance to be heard on the matter and will be able to suggest witnesses as the process progresses, Pelosi added. 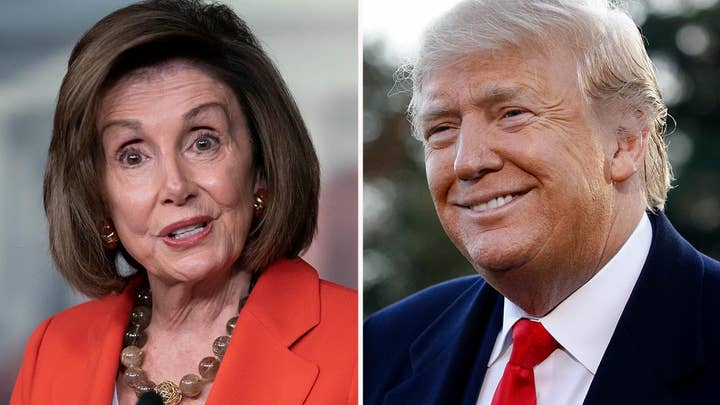 "Again, an inquiry is an inquiry and people come in and you hear what they have to say," she said.

"Next week, some of the Republican suggestions of witnesses will come in and we'll hear what they have to say. But this is not something that you take lightly."

As the impeachment battle heats up, House Republicans have suggested the outcome hinges on the testimony of the Ukraine whistleblower. GOP lawmakers have called for the whistleblower to testify in person before Congress, with Rep. Jim Jordan, R-Ohio., leading the charge.

"We all want the whistleblower to hold up their right hand and testify so we can see what kind of motivations and bias they have," he added.

Pelosi said she has 25 years of experience dealing with the intelligence community and she will "vehemently" defend the rights of the whistleblower to remain anonymous.