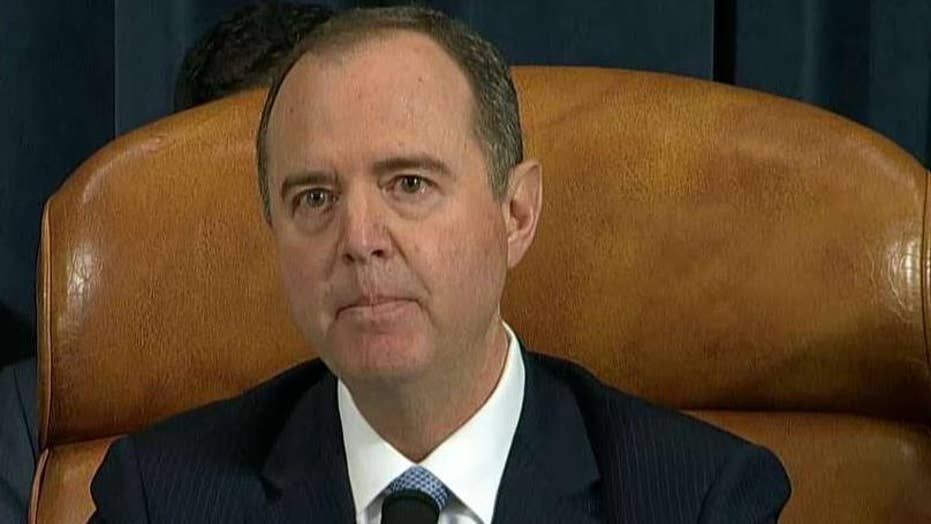 House Intelligence Committee Chairman Adam Schiff opens the first public hearing in the House impeachment inquiry of President Trump, says the inquiry will affect what 'conduct or misconduct' the American people can expect from the president.

Levin claimed the partisanship shown by congressional Democrats during the impeachment process has been unprecedented and should be looked at with disbelief.

ADAM SCHIFF TO JIM JORDAN: 'I DON'T KNOW THE IDENTITY OF THE WHISTLEBLOWER'

"And so the media hype and spectacle begin without any context for what a sham it all is," Levin wrote. "This might be ok for a Brookings Institute seminar, but is an abuse of process by the House Democrats and Schiff to use this pathetic and monotonous process to try to take out the president.  I have never seen anything so preposterous."

The nationally syndicated radio host mocked Schiff's staff attorney, who was questioning the witnesses, and said moderate House Democrats who support impeachment will pay dearly at the ballot box in 2020. He also warned Senate Democrats about the possible political fallout from their attack on Trump.

"The phony moderate Democrats from Trump congressional districts who voted for this Schiff-led conspiracy hearing must be scared to death today for their political careers.  The Senate Democrats must also be worried. So far, this is a political sinkhole."