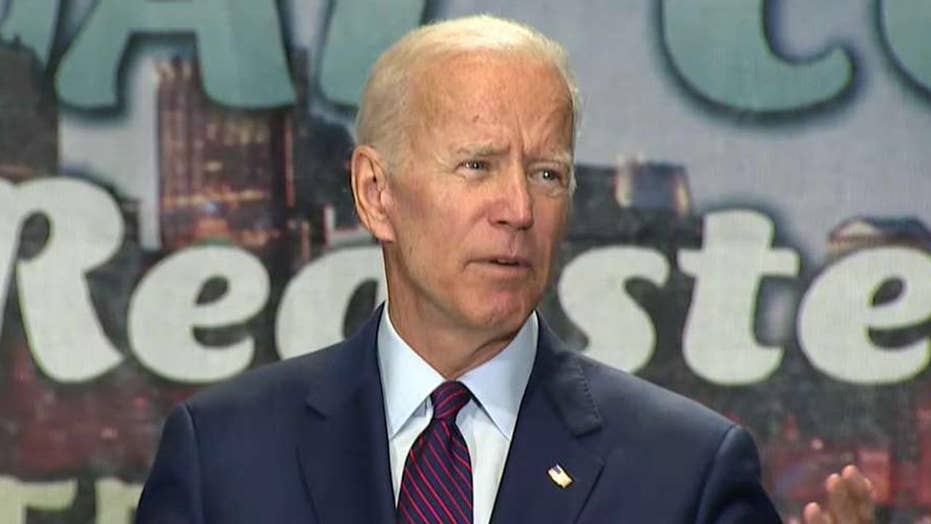 Democratic strategists Kevin Walling and Max Burns weigh in on the aftermath of the first 2020 Democratic presidential debate.

Sen. Cory Booker, D-N.J., once again slammed his rival in the Democratic presidential primary, Joe Biden, for his past stances on civil rights - criticizing the former vice president for his comments on working with segregationist lawmakers in the past and his record on school desegregation.

"Right now, the vice president is not doing a good job at bringing folks together. In fact, he's causing – and I've heard this from people all around the country – he's causing a lot of frustration and even pain with his words," Booker said on NBC's "Meet the Press" on Sunday.

Biden, the frontrunner in a crowded Democratic field, has recently been besieged by primary opponents – most notably by Sen. Kamala Harris, D-Calif., during Thursday night’s debate – for comments he made about working with segregationist senators like Democrats James Eastland of Mississippi and Herman Talmadge of Georgia.

"We didn't agree on much of anything," Biden said during a fundraiser earlier in June of the two men, who were prominent lawmakers when Biden was elected in 1972. Biden described Talmadge as "one of the meanest guys I ever knew" and said Eastland called him "son," though not "boy," a reference to the racist way many whites addressed black men at the time.

"What we've seen from the vice president over the last month is an inability to talk candidly about the mistakes he made about things he could've done better about how some of the decisions he made at the time in difficult context actually have resulted in really bad outcomes," Booker said on Sunday.

Booker has previously called on Biden to apologize for his comment, but Biden has remained steadfast that he is an ardent supporter of civil rights and that his words were taken out of context.

The New Jersey lawmaker also lambasted Biden for comments he made on Friday about race relations in the U.S. during an appearance in Chicago earlier in the day.

“That kid wearing a hoodie may very well be the next poet laureate and not a gangbanger," Biden said, making a rhetorical point during his remarks at the headquarters of the Rainbow PUSH Coalition, a group of nonprofits organized by the Rev. Jesse Jackson.

Booker took issue with Biden’s use of the word “hoodie.”

“This isn’t about a hoodie," Booker wrote on Twitter. "It’s about a culture that sees a problem with a kid wearing a hoodie in the first place. Our nominee needs to have the language to talk about race in a far more constructive way.”

While Booker has been vocal in his criticism of Biden, it has been Harris would has captured most of the headlines following Thursday's debate, where she attacked Biden’s decades-ago work with segregationist senators, making the point personal by explaining she was a member of only the second class of black children in California to be bused to school in an effort to force desegregation.

“That little girl was me,” Harris said directly to the former vice president in a moment that has since gone viral.

Biden on Friday defended his record on racial issues.

“I heard and I listened to and I respect Senator Harris," Biden said. "But we all know that 30-60 seconds on campaign debate exchange can't do justice to a lifetime commitment to civil rights.”

Then, speaking directly to 77-year-old Jackson, whose long career has included two presidential runs and work with the Rev. Martin Luther King Jr., he said: “I know you know I fought my heart out to ensure civil rights and voting rights and equal rights are enforced everywhere.” Biden insisted he “never, never, never, ever opposed voluntary busing.”