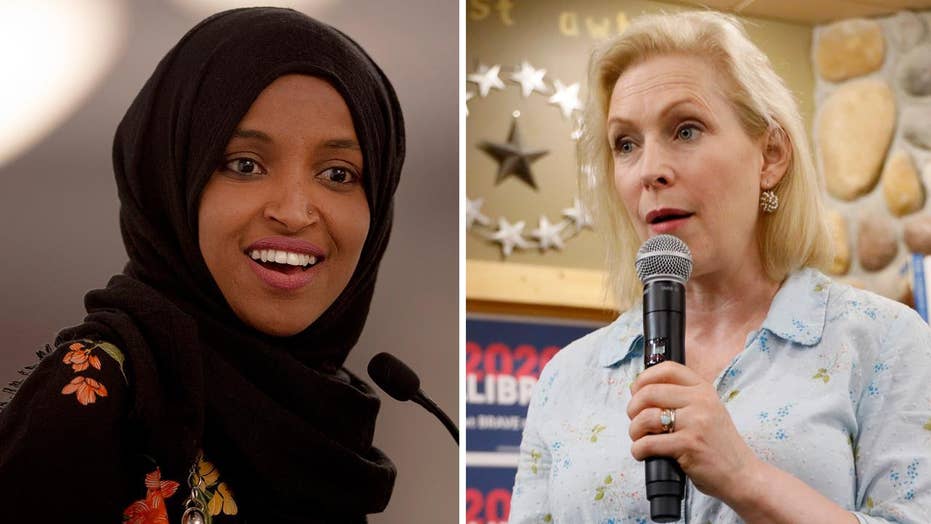 The conflicts heating up over faith and politics

Rep. Ilhan Omar and presidential candidate Kirsten Gillibrand are two prominent Democrats that have taken swings at the Republican party, specifically those of the religious right, in recent months. So are Democrats trying to attract religious voters by saying the GOP is 'not a faith driven' party? Here to weigh in is Dr. Serene Jones and Dr. Alex McFarland.

Ilhan Omar is facing some fresh criticism from her very own backyard.

Rep. Omar, D-Minn., was the subject of a stinging editorial in Minnesota's Star Tribune on Wednesday in the wake of her recent campaign finance violations -- with the paper suggesting that it was just the latest "misstep by the first-term congresswoman."

"U.S. Rep. Ilhan Omar is back in the news again, and not in a good way," the editorial began. "The former state representative who won a seat in Congress last fall continues to be dogged by past missteps, this time eight violations of Minnesota campaign-finance law that will cost her nearly $3,500 in reimbursements and civil penalties."

Minnesota campaign finance officials ruled last week that Omar owed her campaign committee nearly $3,500, as well as a $500 civil penalty to the state, after using committee funds for personal travel and help on her tax returns.

As the Star Tribune noted, the state's Campaign Finance and Public Disclosure Board reported that Omar and her husband filed joint tax returns while she was married to another man. Minnesota law only allows spouses to file jointly in civil marriages whereas Omar filed with a man with whom she was only married in "faith tradition."

"It is even more disturbing, therefore, to learn that among the board’s latest findings ... Omar, for two years running, filed joint tax returns with a man she was living with but not legally married to. Complicating matters further, she was legally married to another man at the time," the editorial read. 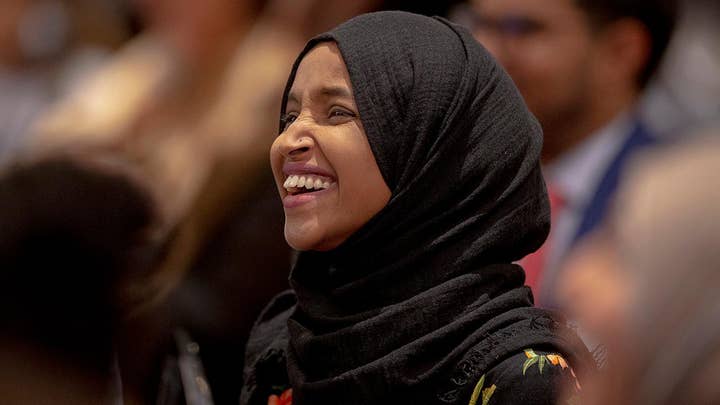 The paper also called on Omar to disclose whether she benefited materially from the filings. "That is something that voters, who are obliged to follow tax laws no matter how painful, are entitled to know," it read.

The incident was just one of many issues -- including collecting allegedly illegal speaking fees -- that could prompt an investigation, the paper said.

LAWMAKER LEE ZELDIN PUSHES BACK ON OMAR'S 'BIGOTRY' CHARGE: 'WE HAVE TO BE BETTER THAN THIS'

"Omar’s political rise has been marred by a series of unforced errors," the paper also said, "including intemperate remarks and tweets earlier this year that were widely perceived as anti-Semitic. Every month seems to bring a fresh problem."

At the national level, Omar has received criticism for appearing to play off of anti-semitic tropes in her criticisms of Israel. She was one of several freshman lawmakers -- including Reps. Rashida Tlaib and Alexandria Ocasio-Cortez -- who caught attention for controversial statements they made during their first term.

On Friday, Tlaib and Omar both caught flak from the president's son who described them anti-Semitic and part of the "Hamas Caucus."