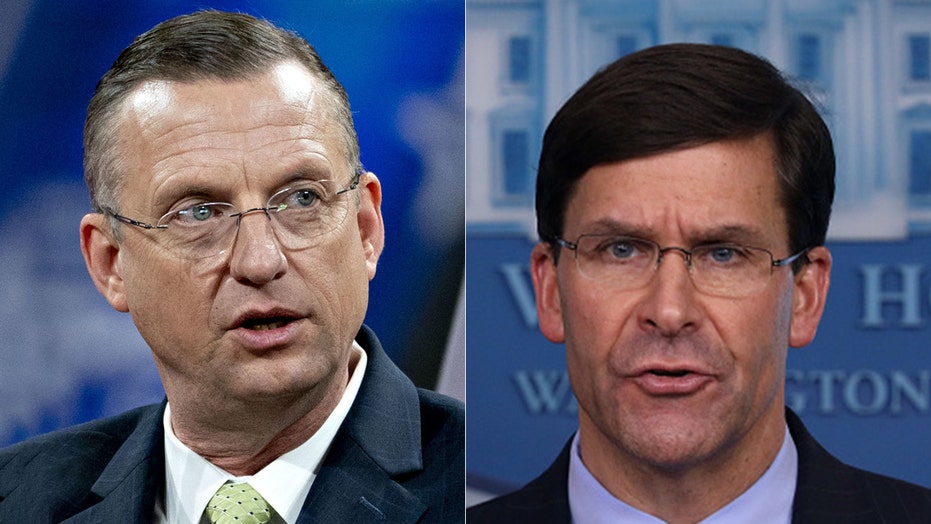 The Georgia representative, joined by reps. Doug Lamborn, Matt Gaetz, Louie Gohmert, Debbie Lesko, and others, call on Esper to "follow federal law in protecting their religious liberties and ensure that the ongoing pandemic is not exploited by nefarious organizations bent on removing faith from the U.S. military."

In April, U.S. Army Col. Moon H. Kim, garrison chaplain at Camp Humphreys in South Korea, sent an email to his chaplain colleagues with a PDF of Christian author John Piper's book, "Coronavirus and Christ." It explained the book helped him refocus his calling and that he hopes it helps the chaplains as well.

Military Religious Freedom Foundation president and founder, Mikey Weinstein, along with 22 other chaplains, demanded in an April 29 letter to Esper that Kim "be officially, swiftly, aggressively, and visibly investigated and disciplined in punishment for his deplorable actions."

The MRFF argues Kim sent "unsolicited" copies to "subordinate chaplains, promoting the book's message that the coronavirus is God's judgment for sins, including homosexuality."

Collins, a chaplain in the Air Force Reserve, says in the letter that "it is clear that Army commands are not on the same page about how to address religious liberty issues" with "knee-jerk" reactions to "loud complaints from vocal anti-religion activists," something that must end.

Rep. Doug Collins, R-Ga., sent a letter, along with 19 of his Republican colleagues in the House, to Secretary of Defense of Defense Mark Esper urging him to defend the religious liberty of military chaplains and servicemembers who have come under attack during the coronavirus for practicing their faith. (Getty)

"These complaints show that [MRFF] and its leaders...wish to ruin the careers of the hardworking men and women who serve as military chaplains," Collins writes. "Unfortunately, the Department and the Army have been far too quick to restrict the religious freedom of chaplains and the servicemembers they serve as a result of this group attacks."

It cites three examples, despite federal mandates and guidance from the Army Chaplain Corps, where "commands have taken action that restrict the religious freedoms of military chaplains and service members."

Most recently, MRFF demanded Lt. Col. David McGraw, chaplain at the U.S. Army Garrison in Stuttgart, Germany, be "punished" in a court-martial for hosting "Sunday Christian Porch Preaching" on the balcony of his apartment amid coronavirus stay-at-home orders. After the complaint, the services were reportedly halted.

“For too long now, anti-Constitution zealots have used fearmongering and dubious legal claims to bully the military," Mike Berry, general counsel to First Liberty, told Fox News. "It seems that all it takes to bring the Army to its knees isn’t a missile strike or a global pandemic, but rather a poorly-written complaint from Mikey Weinstein."

Berry, a former Marine judge advocate who taught at the Army's chaplain school, added: "We hope Secretary Esper will follow the commander-in-chief’s lead and clarify that our military will no longer be bullied and that our brave service members do not lose their religious freedom when they join the military.”

DOD spokesperson, Jessica R. Maxwell, told Fox News: "As with all congressional correspondence, we will respond directly to the authors of the letter.”