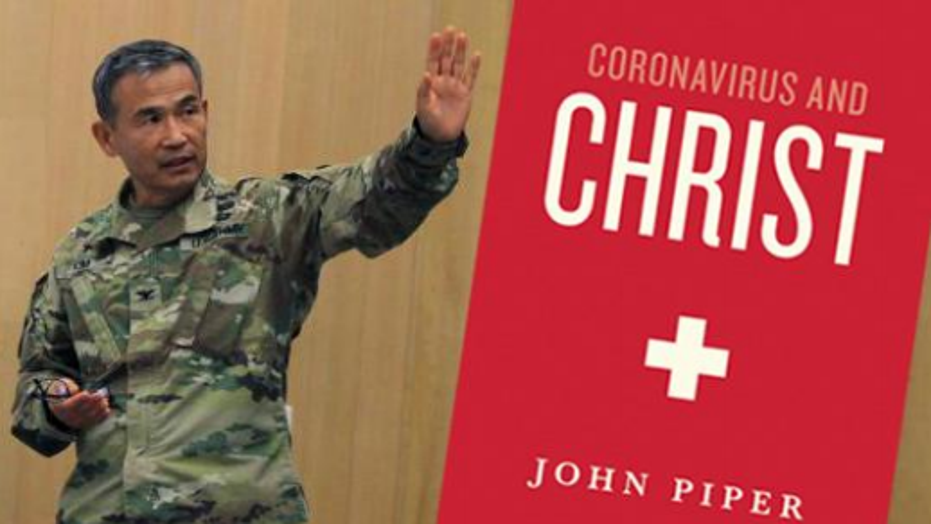 A senior U.S. military chaplain in South Korea is under fire for an email he sent last month to 35 other chaplains under his command at Camp Humphreys, mentioning Christian author John Piper's book, "Coronavirus and Christ."

Critics argue it was an "improper platform," but those defending the chaplain say he did nothing wrong, given his job description.

“This book has helped me refocus my sacred calling to my savior Jesus Christ to finish strong,” U.S. Army Col. Moon H. Kim wrote in the email with an attached free PDF of Piper's book, adding, “Hopefully this small booklet would help you and your Soldiers, their Families and others who you serve."

Mikey Weinstein, the president and founder of Military Religious Freedom Foundation (MRFF), a watchdog group often at odds with military chaplains, sent a letter to Secretary of Defense Mark Esper on April 29 demanding Kim "be officially, swiftly, aggressively, and visibly investigated and disciplined in punishment for his deplorable actions."

Mike Berry, general counsel for First Liberty Institute, the nation's largest religious freedom law firm, told Fox News there is absolutely nothing wrong with what Kim did and that MRFF is going overboard.

"If the Army gives in to Mikey Weinstein’s demands, it will be violating the Constitution and federal law. It will also be violating the sacred trust that is necessary for our military to defend the nation," Berry, a former Marine judge advocate who also taught at the Army's chaplain school, said. "Chaplain Kim should be commended for sharing good news and hope during a pandemic, and Mikey Weinstein should be ashamed of himself.”

WWII VETERAN AND PASTOR, 95, GETS MORE THAN 255K PRAYING FOR REVIVAL

The MRFF argues Kim sent "unsolicited" copies to "subordinate chaplains, promoting the book's message that the coronavirus is God's judgment for sins, including homosexuality."

Weinstein, in his letter, said he is representing 22 Christian military chaplains from multiple branches of service, not all of whom were included on the original email. They complained about the email and wanted to maintain anonymity because they feel they would be subjected to "retaliation if they attempted to register their objections via the chain of command."

“If the content of the internal email is determined to be in violation of any DoD policy or regulation, the command will take appropriate action,” Camp Humphreys officials said in a statement to the Army Times.

Berry said First Liberty would gladly present Kim if he is subject to any disciplinary action as the nonprofit has won numerous cases similar to this one before.