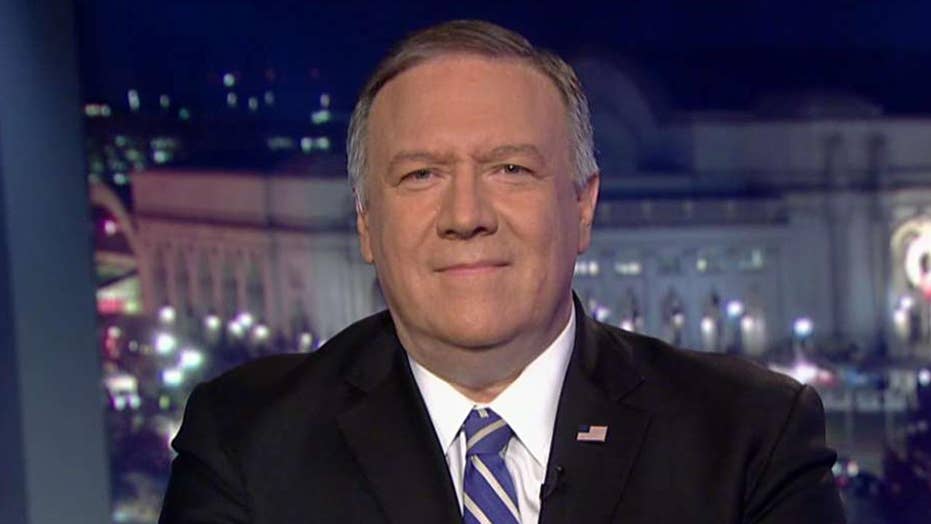 Secretary of State Mike Pompeo reacted to the Tuesday attack on the U.S. Embassy in Baghdad by suspected Iranian-backed militants, telling Fox News' Mike Emanuel that Tehran will always be held accountable for any "malign activity."

On "Special Report," Pompeo said there were no plans to evacuate the embassy or to pull troops out of Iraq following the attack.

"You have to put this in a larger context," he said. "This is 40 years of the Islamic Republic of Iran [being] engaged in global terror campaigns, nuclear weapons dreams and nuclear enrichment capability."

US EMBASSY COMPOUND IN BAGHDAD TARGETED BY MOB PROTESTING AIRSTRIKES

Pompeo criticized the Obama administration, appearing to make a veiled reference to its nighttime delivery of hundreds of millions of dollars in cash to Tehran -- telling Emanuel that President Trump came into office with a newly flush Rouhani government able to fund terrorism and nuclear enrichment.

Pompeo refused invitations to speak specifically on what actions could or might be taken against Iran in the near future, reiterating Trump's promise that Tehran would feel the power of the United States if the situation required it.

He said his department has been working to try to make Iran follow international norms. "We have watched the Iranian people demand their leaders behave differently," he said. 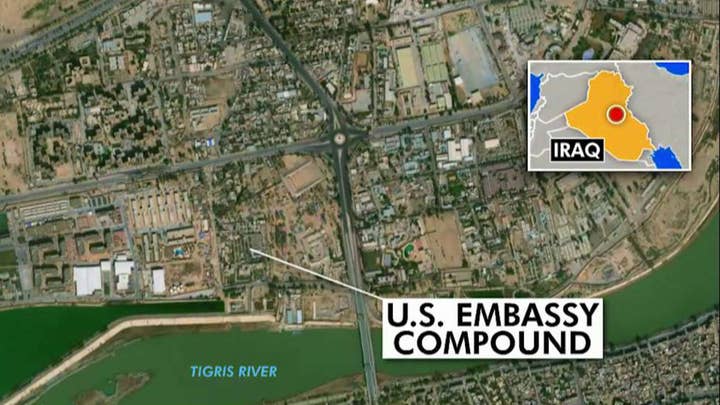 He later remarked, "If required, I'm confident President Trump will authorize whatever it takes to keep young American men and women safe."

During the interview, Pompeo made a reference to the militants allegedly being "directed to go to the embassy by Qassem Soleimani."

Soleimani is a top general in the Islamic Revolutionary Guard Corps who directs the elite but shadowy Quds Force.