Rep. Alexandria Ocasio-Cortez, D-N.Y., should consider who really gets hurt when she praises a workers' strike at a company supplying beds to border facilities, according to Melissa Francis.

"Wayfair is a public company first of all -- they are losing money. Their CEO doesn't get to make decisions like that, he has a legal fiduciary responsibility to do best with the shareholders' money, it is not his money. He can't make decisions based on his own politics or his own definition of morality. He has to try to make money for his shareholders. 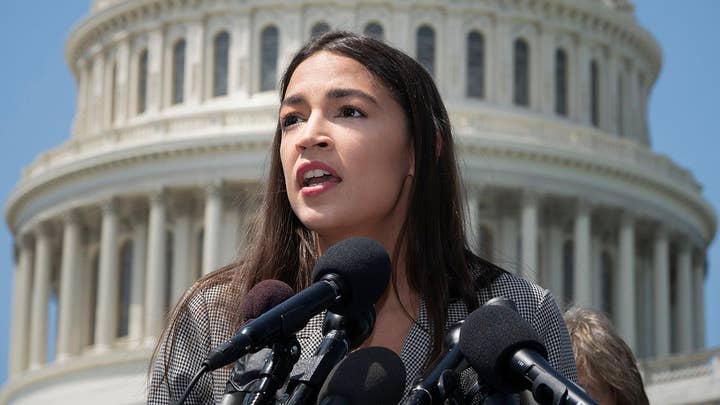 "How does taking away furniture help children?... It doesn't."

The "After The Bell" host claimed Congress is to blame for the border crisis.

"Our lawmakers have massively failed us," she said.

"This is a huge problem that is enormous because it has festered for so long. There is no easy way to solve it."

On Tuesday, both Ocasio-Cortez and Sen. Bernie Sanders, I-Vt., offered their support for Wayfair workers as the CEO refused to halt production.

Whereas Ocasio-Cortez saw a means of standing in solidarity with migrants, others suggested the strike was counterproductive in that it halted operations at a company that helped improve the border conditions she has so often decried.

"Her logic is cold, callous, calculated and cruel," writer David Marcus said in a Federalist article.

"Rather than compromise in the slightest with the Trump administration, AOC would see children harmed so that Trump gets a black eye and the crisis gets worse," he said.