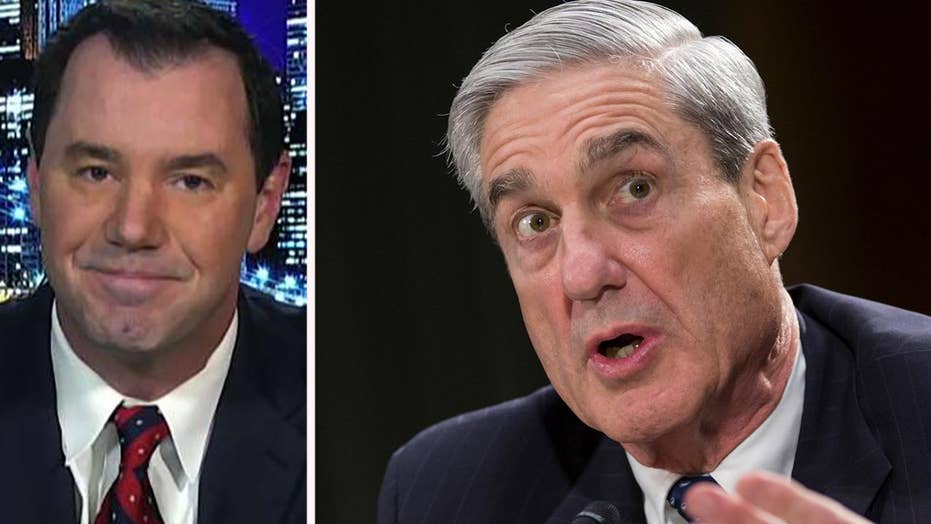 The media’s constant push over the past few years of the unsubstantiated claim that President Trump and his campaign staff conspired with Russia is going to bring about a “day of reckoning… like we haven’t seen since the 2016 election."

That's according to media reporter Joe Concha, who discussed the coverage of Mueller's investigation during an interview on "Fox & Friends" Monday morning.

His comments come one day after Attorney General Bill Barr sent a letter to key congressional leaders summarizing the findings of Special Counsel Robert Mueller’s Russia investigation, in which he wrote it “did not find that the Trump campaign or anyone associated with it conspired or coordinated with Russia in its efforts to influence the 2016 U.S. presidential election.”

“Throughout these last 22 months, gossip was treated as gospel,” Concha said. “Sources providing information to reporters all too willing to accept it, like seagulls at the beach.

“This is a day of reckoning for our media like we haven’t seen since the 2016 election. I would say, maybe the worst day ever for our media given all that coverage and the pushing of that particular narrative around Russia collusion.”

Concha said that narrative included frequent uses of phrases about how the “‘walls are closing in,’ [the] ‘noose is tightening’ and ‘this is the beginning of the end’” for Trump and his closest campaign associates.

“And now we are hearing, even yesterday and this morning, this is the beginning of something else. The next chapter,” he said. “You know why? Because it’s good for ratings and because people want to believe the worst about this president.”

Concha also lamented how The Washington Post and the New York Times “won Pulitzers for their reporting on Russian collusion.”

“The Post’s revelations about Russia, including contacts between Russian figures and President Trump’s associates and advisers, helped set the stage for the special counsel’s ongoing investigation of the administration,” it wrote.

But Concha said for all the time spent pushing unsubstantiated claims of collusion, the media could have better invested their resources elsewhere.

“Think of the stories we missed as the result of Russia,” he told ‘Fox & Friends’. “The economy’s performance as it pertains to wages, or unemployment or growth. The destruction of the ISIS caliphate. That suddenly came out of nowhere, it seemed to a lot of people, because no one was really covering it.

“And the most overlooked story? The opioid epidemic, 70,000 people killed in 2017 alone. That’s more than car crashes, you hardly hear about that. And that’s what affects real Americans’ lives.”