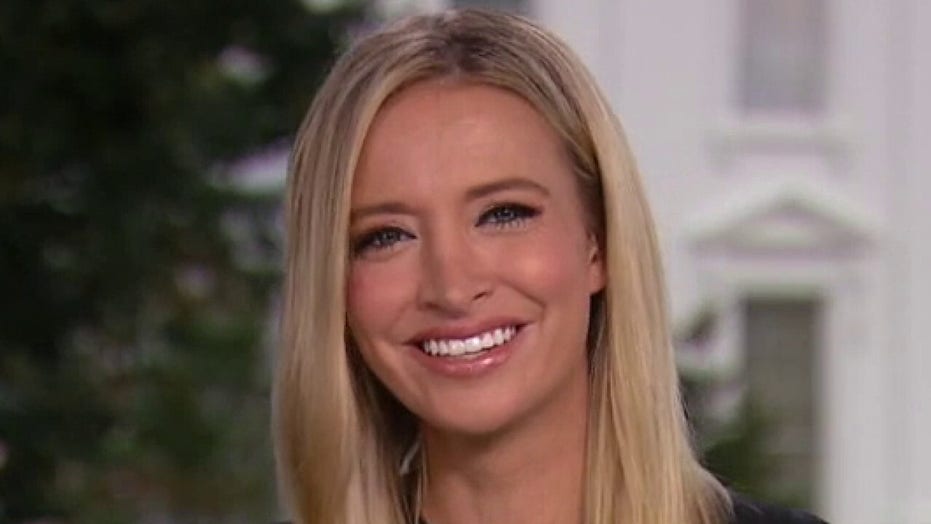 "They don't care," McEnany told host Sean Hannity. "How many times have I been asked questions about very legitimate things like Michael Flynn, the injustice done to him?

"The Obama Administration, that Oval Office meeting ... we find out that Susan Rice, on the way out the door, writes this email inscribing a meeting from days prior, weeks prior actually, and says Obama did everything by the book," she added. "This was a very curious email. [I'm] not asked about that because they simply don't care and there are two tiers of justice in this country. One for [Special Counsel Robert] Mueller's team and Hillary Clinton, and another for Michael Flynn and the Trump administration."

McEnany's comments came after the DOJ released records showing that the phones of multiple individuals involved in the Russia investigation were wiped of information for various reasons.

On Friday's show, McEnany alleged that individuals like former FBI agent Lisa Page were engaging in the type of obstruction of justice they accused the president of perpetrating.

"Now we learn what Mueller's team was doing," she said. "Several dozens, think about that, several dozens of devices returned damaged, wiped clean, some of them intentionally so. One of those devices was Andrew Weissmann's ... who was rebuked 9-0 by the Supreme Court for prosecutorial overreach and misconduct -- and Lisa Page too, among these offenders.

"Muller is saying, 'We'll prosecute you for process, while we, several dozens of us, are engaging in the same kind of obstruction.' That is uncalled for."