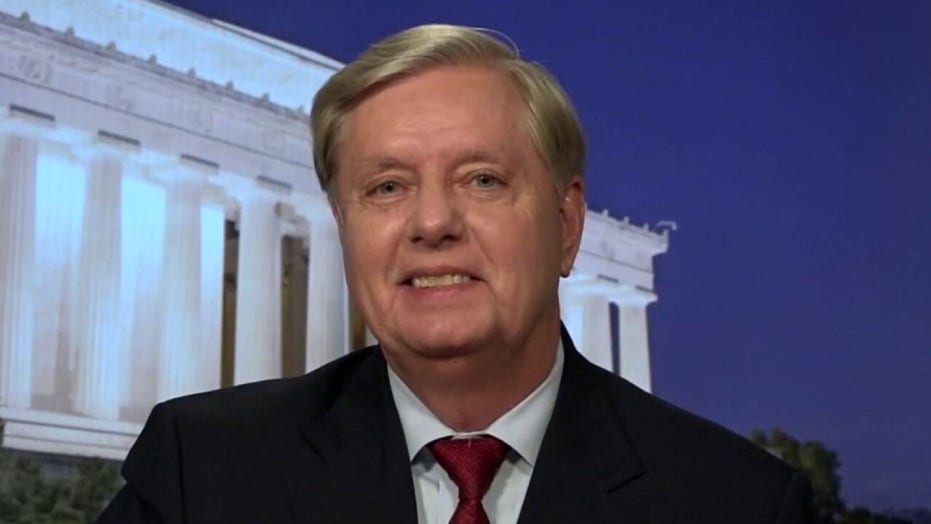 Congressional Republicans demanded answers on Friday as to whether there “was a widespread intentional effort” to wipe the mobile devices of multiple people on former Special Counsel Robert Mueller’s team during the Russia probe, and suggested this could amount to "anticipatory obstruction of justice."

President Trump weighed in on the matter Saturday morning. "ALERT: So now we find out that the entire Mueller “hit squad” illegally wiped their phones clean just prior to the investigation of them, all using the same really dumb reason for this 'accident,'" Trump wrote on Twitter. "Just like Crooked Hillary smashing her phones with a hammer, & DELETING HER EMAILS!"

"How different my life would have been if this fraud on America was never committed!!!" he said.

"All that time and money spent, and it turns out that the Mueller Investigation was a total SCAM!" Trump later added.

The calls come after newly released records from the Justice Department showed that at least several dozen phones belonging to members of Mueller’s team were wiped of information because of forgotten passcodes, irreparable screen damage, loss of the device, intentional deletion or other reasons—all before the Justice Department inspector general’s office could review the devices.

“It appears that Special Counsel Mueller’s team may have deleted federal records that could be key to better understanding their decision-making process as they pursued their investigation and wrote their report,” Grassley wrote. “Indeed, many officials apparently deleted the records after the DOJ Inspector General began his inquiry into how the Department mishandled Crossfire Hurricane.”

Grassley first raised concerns about the Mueller team's use of text messages in 2017, after the Justice Department inspector general discovered that texts sent by former FBI agent and member of Mueller’s office Peter Strzok were politically charged.

“I’m not a lawyer, but I am aware of the concept of anticipatory obstruction of justice,” Johnson told Fox News in a text message, saying the action of “accidentally wiping a phone because you entered the wrong password too many times” makes him “HIGHLY skeptical,” and a dozen people making “the same mistake is COMPLETELY unbelievable.”

“This needs to be fully investigated,” he said, adding that he has requested a phone call with Wray on Friday to discuss.

Johnson also sent a letter to Department of Justice Inspector General Michael Horowitz requesting a probe over the issue.

“These reports are troubling and raise concerns about record retention and transparency,” Johnson said in the letter. “Therefore, I respectfully request that your office open an investigation into this matter to determine what, why, and how information was wiped, whether any wrongdoing occurred, and who these devices belonged to.”

Meanwhile, on the other side of the Capitol, House Intelligence Committee Ranking Member Devin Nunes, R-Calif., quipped that the lost data was an “amazing coincidence.”

“It’s an amazing coincidence that all these professional investigators kept accidentally wiping their phones,” Nunes told Fox News. “You’d think these people could come up with a more believable excuse for hiding evidence.”

The new Justice Department records were released after a lawsuit from conservative watchdog group Judicial Watch.

The documents show that Mueller deputy Andrew Weissmann "accidentally wiped" his phone twice after entering the wrong passcode too many times in March 2018. Lawyer James Quarles’ phone “wiped itself” without his intervention, the records say.

The records indicate attorney Greg Andres' phone was also wiped due to a forgotten passcode. And they say the phones of both Mueller deputy Kyle Freeny and Rush Atkinson were wiped accidentally after they entered the wrong passcode too many times.

The records say that a phone belonging to FBI lawyer Lisa Page – whose anti-Trump texts with Strzok were of interest to investigators -- was restored to factory settings when the inspector general’s office received it.

Fox News reached out to Weissmann and Mueller's former spokesman, but has not received a response.

The OIG opened an investigation into possible bias in the origins of the Russia investigation, but determined that the FBI complied with policies in launching the politically explosive probe. Still, the OIG flagged "significant concerns with how certain aspects of the investigation were conducted and supervised.”

The report concluded that investigators found no intentional misconduct or political bias surrounding the probe's launch and efforts to seek a controversial Foreign Intelligence Surveillance Act (FISA) warrant to monitor former Trump campaign adviser Carter Page in the early months of the investigation. But the same report faulted the FBI over numerous errors in the application process. The IG probe identified at least 17 "significant inaccuracies and omissions" in the Page applications and said they would launch a new audit into the FISA process. IG Michael Horowitz and his investigators were at times sharply critical of the bureau's handling of the case, including for failing to share information that would have undercut claims in those documents.

Graham said that question should be considered by U.S. Attorney for Connecticut John Durham, who is currently investigating the origins of the Russia probe.

"My job, as chairman of the Judiciary Committee, is to find out how the Department of Justice and the FBI got Crossfire Hurricane so wrong, why they lied to the FISA court, [and] to make sure it never happens again," Graham said.