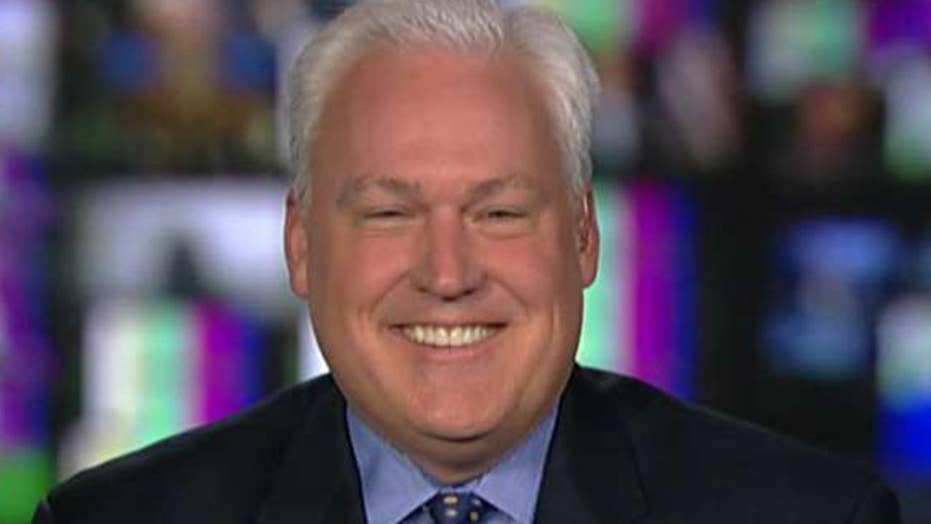 Matt Schlapp on the battle over border wall funding

Matt Schlapp, the Chairman of the American Conservative Union, said Saturday that he is “very seriously” considering running in the upcoming Kansas Senate race to replace outgoing Sen. Pat Roberts.

Roberts, the longest-serving member of Congress in Kansas history, announced Friday that he won’t run again in 2020 in a race that leans Republicans but could see a serious Democratic challenge.

The 82-year-old said he did not feel pushed out, and said at a press conference that “I think it’s just time”

Schlapp, who grew up in Kansas and organizes the annual Conservative Political Action Committee (CPAC) meeting of grassroots conservatives, was asked on "Fox & Friends" whether he is considering a run to fill Roberts' seat. He said he was seriously considering stepping into the race.

“My first next challenge is to get through another great and impactful CPAC but we’re going to look at this race very seriously,” he said.

When pressed he said that “there’s a lot of calls going from my cell phone to the 316 area code is all I have to say.”

“We’re going to miss his humor and his common sense and his leadership,” he said.

If Schlapp chooses to throw his hat in the ring, he could face some tough opposition for the Republican nod. The Washington Examiner reported Friday that senior Republicans had floated Secretary of State Mike Pompeo -- who was once a congressman for Kansas -- as their preferred successor for Roberts.