A Democratic Party leader in Maryland is facing criticism for last month posting on Facebook a call to “dox” gun rights activists.

Maryland Democratic Party Secretary Robbie Leonard took to social media to post photos from a Maryland House Judiciary Committee meeting in late February, where gun rights activists wore “We Will Not Comply” shirts during the hearing on additional gun control measures, along with a message calling the advocates “homegrown terrorists” and calling on his followers to “dox” them.

“I hope the FBI runs the name of every witness who is wearing a t-shirt that says ‘We Will Not Comply,’ Leonard said in one Facebook message. “They’re a bunch of terrorists in the making.”

In another message, Leonard posted a photo of a protestor along with the comment: “Time to dox some homegrown terrorists.”

Doxing is a practice of researching and broadcasting over the Internet the personal and private information of an individual or organization, normally with malicious intent.

Gun rights groups and lobbyists were quick to condemn Leonard for his comments on social media, pointing out that Maryland’s criminal code prohibits doxing and that the gun rights activists are protected under the First Amendment.

“The bizarre posts offer a glimpse into the fevered mind of the gun control advocate,” the National Rifle Association’s Institute for Legislative Action said in a post. “Revealing a severe dearth of knowledge regarding the Bill of Rights, in Leonard’s view, federal law enforcement should be employed to intimidate his political enemies for conduct expressly protected under the First Amendment.”

In a statement sent to Fox News, the executive director of the Maryland Democratic Party, Ben Smith, condemned the call to dox activists and said that gun regulation debates "require sober and calm deliberation, not escalated conflict."

"When activists wear shirts stating 'We will not comply' with new firearm regulations, that action escalates the conflict and a willingness to flout the rule of law," Smith said. "Calling for doxxing also escalates the conflict and violates rights to privacy. The Maryland Democratic Party respects the rule of law and asks that advocates on both sides participate peacefully in the legislative process." 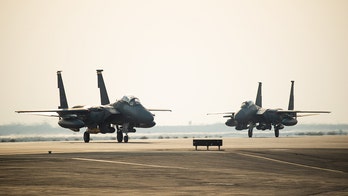