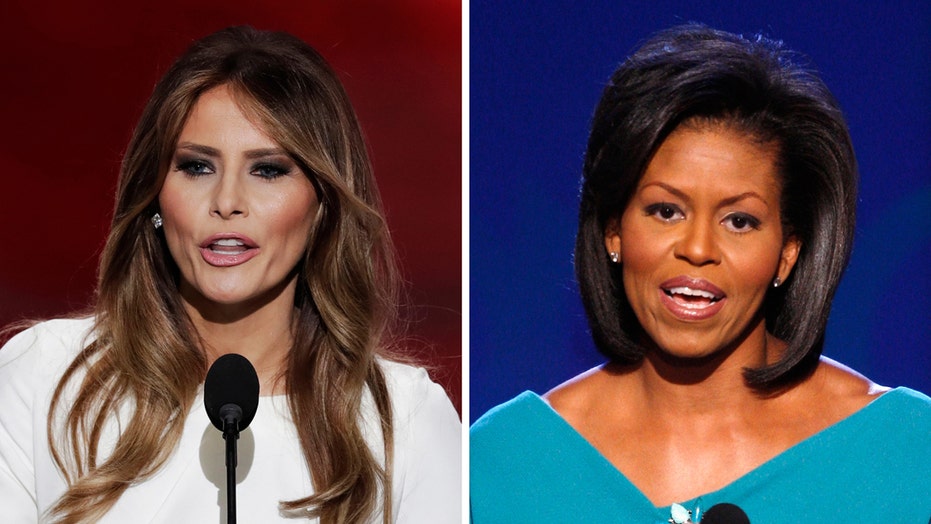 As current campaign manager Manafort downplayed the controversy, Lewandowski said Manafort should “take a deep look inside” the Trump operation to find out who signed off on the speech.

“I think he should find out who’s responsible for putting that information in and allowing it to go forward and hold that person accountable,” he told CNN.

He even said, “I think if it was Paul Manafort [who signed off], he would do the right thing and resign,” while adding it’s “very possible” Manafort did not approve the speech.

Lewandowksi, a Trump loyalist who oversaw the candidate’s unconventional primary campaign, was ousted in a major shake-up last month, effectively replaced by GOP political veteran Manafort. Lewandowski has declined to publicly criticize Trump in the weeks since, but his comments on Manafort were direct.

Manafort, meanwhile, denied there was any “cribbing” of Michelle Obama’s speech. "Certainly, there's no feeling on her part that she did it," he told CNN.

And during a briefing Tuesday in Cleveland, Manafort simply explained that the themes in her speech “are personal to her and they are personal to a lot of people. Obviously Michelle Obama feels similar sentiments for her family.”

It’s also unclear who was involved in the speech.

Hours earlier, before the plagiarism allegations started to surface, Trump told NBC News that she wrote most of her speech herself with very little help.

“I read once over it and that’s all, because I wrote it, and with as little help as possible,” she told NBC before her speech Monday night.

The passages in question focus on lessons that Melania Trump, the wife of presumptive Republican presidential nominee Donald Trump, said she learned from her parents and the relevance of their lessons in her experience as a mother.

The remarks came toward the beginning of her speech, which was otherwise distinct from the address that Michelle Obama gave when her husband, then-Sen. Barack Obama, was being nominated for president.

"From a young age, my parents impressed on me the values that you work hard for what you want in life, that your word is your bond and you do what you say and keep your promise, that you treat people with respect. They taught and showed me values and morals in their daily life,” Melania Trump said in her speech in Cleveland.

In Michelle Obama's 2008 speech in Denver, she said: "And Barack and I were raised with so many of the same values: like, you work hard for what you want in life, that your word is your bond, that you do what you say you're going to do, that you treat people with dignity and respect, even if you don't know them and even if you don't agree with them."

Another passage with some similarities to the Obama address, which follows two sentences later in Melania Trump’s speech, addresses her attempts to instill those values in her son.

"We need to pass those lessons on to the many generations to follow," she said. "Because we want our children in this nation to know that the only limit to your achievements is the strength of your dreams and your willingness to work for them."

In the first lady's 2008 speech, she said, "Barack and I set out to build lives guided by these values and to pass them onto the next generation, because we want our children — and all children in this nation — to know that the only limit to the height of your achievements is the reach of your dreams and your willingness to work hard for them."

The Trump campaign said in a statement early Tuesday that Melania Trump’s speech “included fragments that reflected her own thinking,” but didn’t say whether it was plagiarized from Michelle Obama’s speech.

"In writing her beautiful speech, Melania's team of writers took notes on her life’s inspirations, and in some instances included fragments that reflected her own thinking. Melania’s immigrant experience and love for America shone through in her speech, which made it such a success,” the statement read.

FoxNews.com's Barnini Chakraborty and Fox News’ Shannon Bream and Nicholas Kalman and the Associated Press contributed to this report