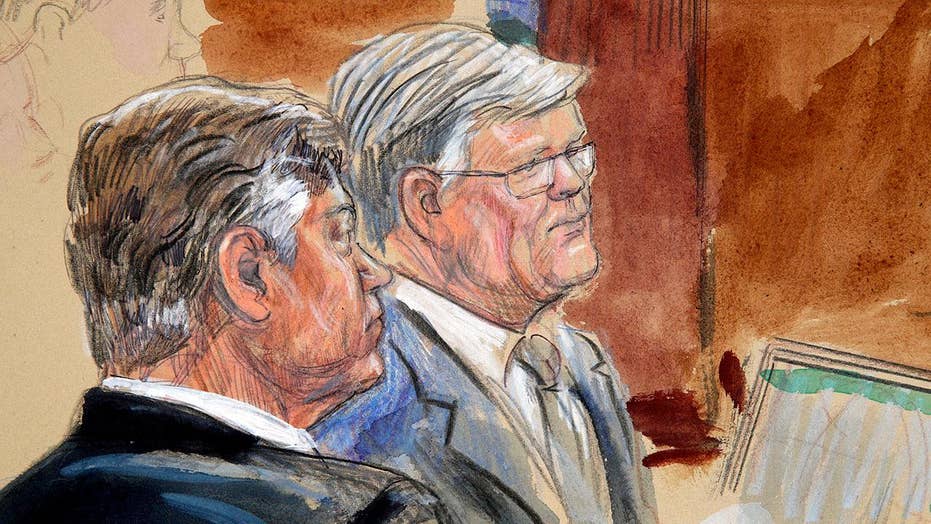 The jury weighing more than a dozen bank and tax fraud charges against former Trump campaign chairman Paul Manafort failed to return a verdict after its third day of deliberations on Monday, leading the defense team to sound a note of optimism after the weekslong trial.

The 12-member jury, which had asked to end deliberations for the day at 6:15 p.m. ET, will return on Tuesday at 9:30 a.m. ET. They must return a unanimous verdict to convict Manafort on each of the 18 charges against him.

On the news that the jury hadn't reached a verdict, Manafort attorney Kevin Downing told reporters, "Mr. Manafort was happy to hear that and thinks it was a very good day."

Defense attorneys generally see long deliberations as an indication that jurors disagree about their clients' guilt or have substantive concerns about complicated legal aspects of the case, which could lead to a hung jury, or that they have avoided rushing to judgment. But experts have cautioned that the case against Manafort is complex, and that jurors could simply be taking their time.

The whirlwind trial is the first to result from Special Counsel Robert Mueller's ongoing investigation into Russian election meddling, although Manafort's prosecution does not relate to any election interference or alleged collusion by the Trump team with Russian officials.

A source close to the Manafort defense team told Fox News that after days of deliberations, the proceedings have taken on the feel of the run-up to the 2016 election, in which everyone had been suspecting things to go one way, only to be surprised by the outcome.

In this case, the defense team has been pleased that pundit predictions about a quick guilty verdict haven’t panned out.

Unlike in the morning, as the jurors entered the courtroom in the evening, they seemed to turn away from both the prosecution and defense, avoiding eye contact. The jurors, with a few exceptions, seemed flat and drained.

Earlier on Monday, Downing said he and Manafort remained confident, and that Manafort was "doing very well."

The jury didn't have any questions for Judge T.S. Ellis III on Monday. But on its first day of deliberations on Thursday, jurors had several questions for Ellis, which the defense team took as a positive sign.

One source close to the Manafort team told Fox News after hearing the jury's questions, “We’re in the game.”

Ellis read aloud a note detailing four questions from the jury, which covered foreign financial accounts, shell companies, the definition of reasonable doubt and other evidence in the case. The question about reasonable doubt was seen as a particularly good sign for the defense, which emphasized during closing arguments that prosecutors must meet a high burden.

Federal prosecutors alleged Manafort hid tens of millions of dollars in foreign income. They also said he lied on loan applications to obtain millions more to maintain a lavish lifestyle.

WHAT TO KNOW ABOUT THE MANAFORT CASE

Manafort's attorneys didn't call witnesses in his defense, claiming the prosecution failed to meet its burden of proof. His attorneys attacked the credibility of a key witness, one-time Manafort protege Rick Gates.

Earlier Monday, Trump lashed out again at the Mueller probe, tweeting that the special counsel was simply "looking for trouble" and that "If you FIGHT BACK or say anything bad about the Rigged Witch Hunt, they scream Obstruction!"

Trump added: "Mueller’s Angry Dems are looking to impact the election," referring to the presence of prominent Democrats on Mueller's legal team. "They are a National Disgrace!"

Mueller's team was rebuked repeatedly by Ellis during the trial. The 78-year-old judge has openly criticized the Mueller team for prosecuting Manafort only to build a case against President Trump in the Russia probe, and often pointed out holes in the prosecutors' case in front of jurors. At one point, Ellis appeared to tell one prosecutor that he was crying and had "tears" in his eyes after Ellis criticized the government's case, which the prosecutor denied.

While prosecutors filed a motion in protest that eventually led Ellis to tell jurors to disregard some of his comments, prosecutors have little other recourse if Manafort is acquitted because of the principle of double jeopardy.

If the jury is divided, however, another prosecution would be possible if Ellis declared a hung jury.

Manafort faces a separate upcoming trial in federal court in Washington, D.C. on charges including lying to federal authorities and failing to register as a foreign agent.

Fox News' Peter Doocy and Catherine Herridge in Alexandria, Va., and The Associated Press contributed to this report.