The federal judge in the upcoming federal court trial for President Trump's former campaign chairman Paul Manafort on Monday unsealed the names of five witnesses being granted immunity to testify, as he granted the defense’s request to delay the start of the trial.

Those witnesses are James Brennan, Donna Duggan, Conor O’Brien, Cindy Laporta and Dennis Raico. All are believed to work for financial institutions.

U.S. District Judge T.S. Ellis III released those names as he granted the request of Manafort’s attorneys to delay the start of the trial. It had been scheduled to begin Wednesday in Alexandria, Va., but Ellis agreed to delay it until July 31.

Attorney Kevin Downing had argued the defense needed more time to go through tens of thousands of documents.

Manafort, facing charges of bank and tax fraud related to his work in Ukraine, has pleaded not guilty to the charges. 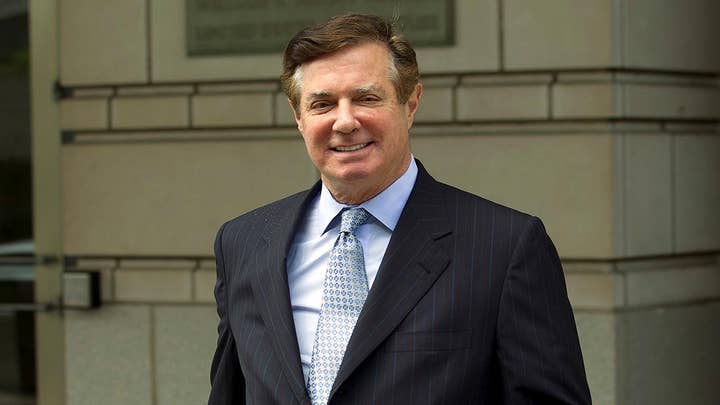 But the case has faced skepticism, even from one of the judges. In May, Ellis, the judge in the Alexandria case, harshly rebuked Mueller’s team, suggesting they were more interested in bringing down the president than in Manafort’s past dealings.

Last month, Manafort was jailed after a federal judge revoked his $10 million bail based on new witness tampering charges.

Fox News’ Jake Gibson and Brooke Singman and The Associated Press contributed to this report.