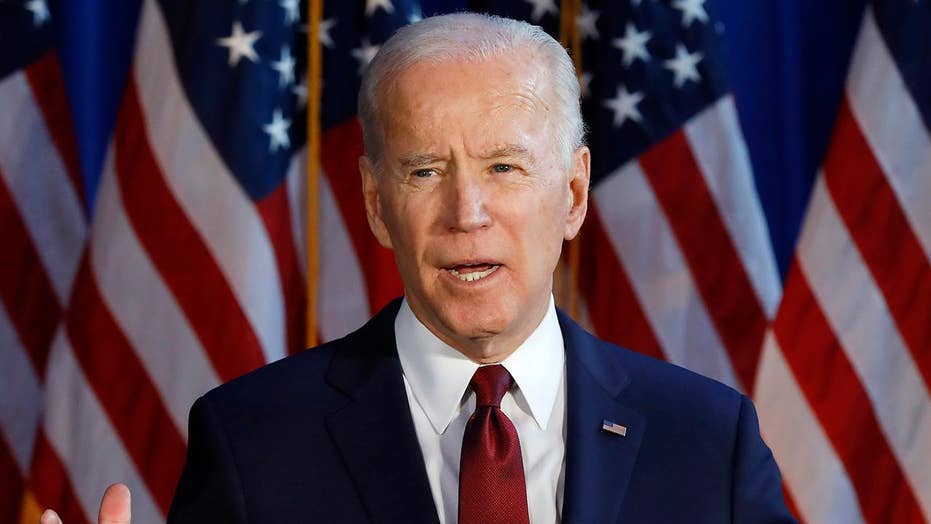 The crisis with Iran shines a light on foreign policy in the run-up to primary season voting; Peter Doocy reports from Waterloo, Iowa.

Garcetti, who himself had flirted with a 2020 presidential run, called Biden “a close personal friend” and argued that the former vice president is best-equipped to help deal with the issues facing the United States’ second-largest city and the country.

“Joe Biden is a close personal friend who has been an incredible partner in delivering progress for L.A,” Garcetti said in a statement. “Democrats are blessed to have such an extraordinary field of candidates, but I will never forget what Joe Biden has done for my city and our nation. We need Joe Biden to bring our nation and world together during these most divided and dangerous times.”

Garcetti added: “I know that from day one, he will heal our nation, repair our relationships abroad and get things done -- and will be a true partner in solving the national homelessness crisis."

The endorsement from Garcetti comes a week after Biden announced that his campaign raised $22.7 million in the last three months of 2019, making it the best quarterly fundraising report of his campaign so far.

Just earlier this week, Garcetti appeared at a lunch with another Democratic primary candidate, former New York Mayor Michael Bloomberg. Garcetti referred to Bloomberg as a "dear friend;" Bloomberg also mentioned they had been friends for a long time.

Biden is the nominal front-runner in the Democratic primary race, but he still faces pressure from Sanders, Buttigieg and Sen. Elizabeth Warren of Massachusetts.