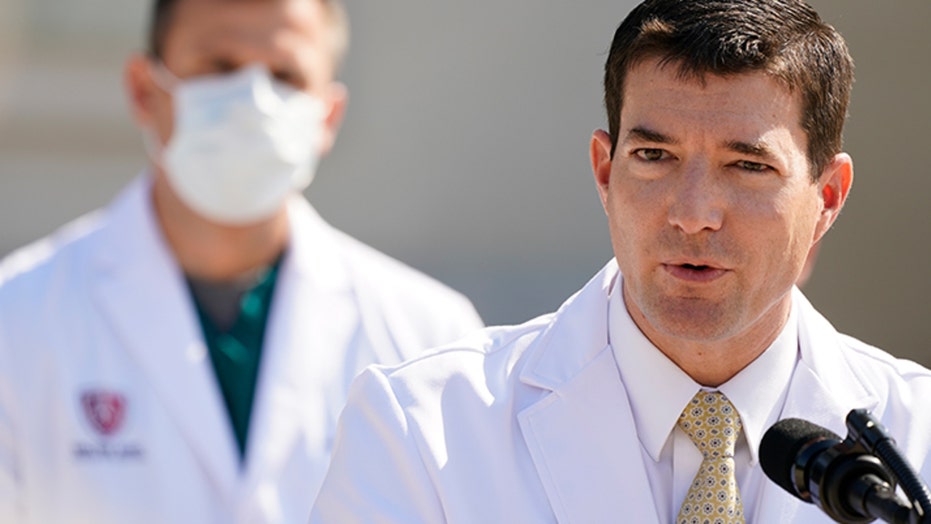 The White House on Sunday released a new photograph of Trump working out of Walter Reed National Military Medical Center in Bethesda, Md., as he undergoes treatment for COVID-19.

Trump could potentially be discharged from the hospital on Monday, reports said.