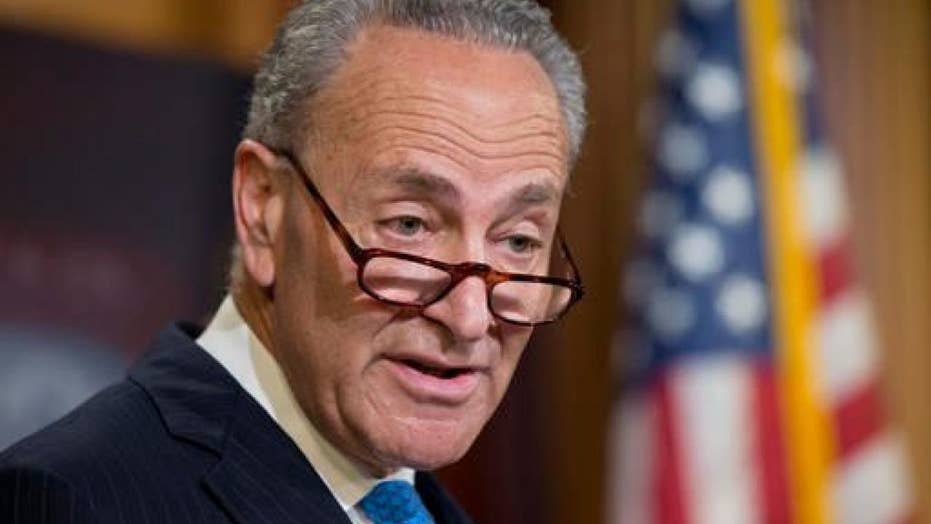 Liberal groups outspent conservative ones in so-called 'dark money' during the 2018 midterm election, for the first time since 2010.

Liberal groups outspent conservative ones in so-called “dark money” during the 2018 midterm election, for the first time since 2010.

A report from Issue One, a bipartisan advocacy group, shows that liberal groups spent over half of the $150 million of dark money in the latest election. Conservative groups spend a third of the figure, while nonpartisan groups spent just 15 percent.

2018 MIDTERM CAMPAIGN PROJECTED TO TOP $5B IN SPENDING, BREAKING RECORDS

Issue One CEO Nick Penniman said that the data showed that the problem of political groups that can spend unlimited money without disclosing their donors is a bipartisan problem.

“As we head into the 2020 presidential election, both parties must reject the opaque ways some of their wealthiest donors are influencing elections,” he said. “Dark money is the most toxic force in politics.”

“As we head into the 2020 presidential election, both parties must reject the opaque ways some of their wealthiest donors are influencing elections. Dark money is the most toxic force in politics.”

Majority Forward, a super PAC affiliated with Senate Minority Leader Chuch Schumer that backed Democratic candidates and ran ads against Republican candidates was responsible for about $1 for every $3 in dark money spending, or $46 million in total.

The group spent more than $8 million to support Democrat Phil Bredesen and defeat now-Tennessee Sen. Marsha Blackburn. The effort failed and the Republican won the race by nearly 10 points.

It also spent $4.5 million each in Indiana and Florida Senate races against Republican candidates Mike Braun and Rick Scott, though both cases the Democrats Joe Donnelly and Bill Nelson lost the elections. More successfully, Majority Forward spent nearly $7 million against Republican Martha McSally who went on to lose to Democrat Kyrsten Sinema.

On the Republican side, the Chamber of Commerce directed $12 million to prop up Republican candidates. $11 million was also spent by the National Association of Realtors which supported candidates on both sides.

The record spending by liberal groups meant that for the first time since the 2010 Citizens United decision, which paved way to unrestricted spending by dark money groups, conservative groups spent less than their liberal counterparts.

According to Issue One, since 2010, such groups spent at least $960 million and will undoubtedly exceed $1 billion during the 2020 election.

OpenSecrets.org defines dark money as "political spending meant to influence the decision of a voter, where the donor is not disclosed and the source of the money is unknown." It can refer to money spent by a political nonprofit or a super PAC. The practice is legal, though watchdogs complain that more transparency is needed in campaign funding.