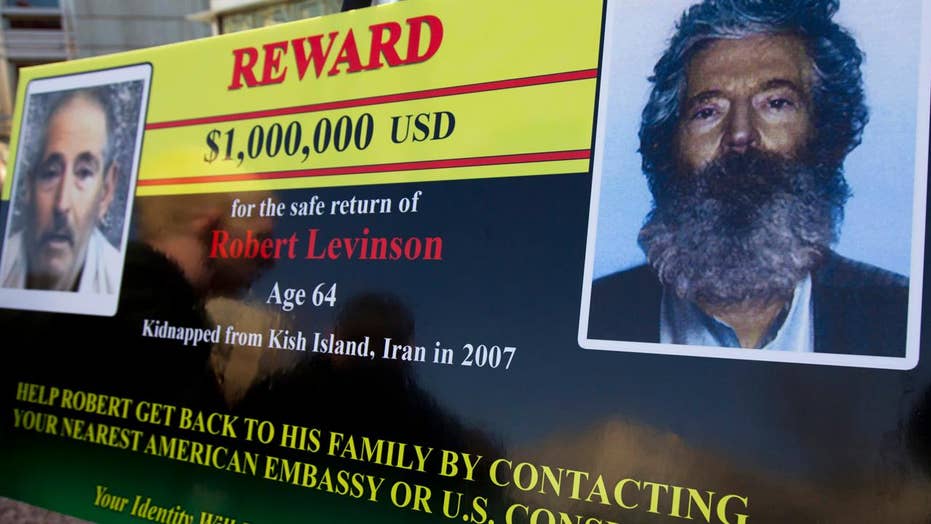 President Trump must increase pressure on Iran to disclose the whereabouts of Robert Levinson -- the former FBI agent who disappeared in the country a decade ago -- and return him to his family, several U.S. lawmakers said.

A delegation of lawmakers -- led by U.S. Sen. Bill Nelson, D-Fla. -- penned a letter Tuesday to Trump, calling on the administration to "re-engage" with Iran over Levinson, a Florida native who was last seen in 2007 on Iran's Kish Island. Levinson disappeared while traveling on an unauthorized mission to recruit an intelligence source for the CIA. If alive, he is the longest-held hostage in American history.

"As you know, our government has long pressed Iran to return Bob," read a copy of the letter obtained by Fox News.

"After ten years, Bob is still not home, and despite repeated promises, Iran has yet to cooperate in any meaningful way. Iran is responsible — if Iranian officials don’t have Bob, they know where to find him," the lawmakers wrote. "Bob’s return is an urgent humanitarian issue."

The lawmakers also asked that Trump meet with Levinson's wife, Christine, and seven children to, "hear first-hand their struggle and tireless effort on Bob's behalf."

In March, on the 10-year anniversay of his father's disappearance, Levinson's son, Daniel, told Fox News that he's hopeful Trump will make good on his promise to bring his father home.

Iranian leaders have repeatedly denied knowing anything about Levinson's fate, but U.S. officials have indicated for years they believe the former agent is alive.

Trump had pledged to make Levinson's case a priority during his presidential campaign. The White House said in March the administration "remains unwavering in our commitment to locate Mr. Levinson and bring him home."

Levinson, from Coral Springs, Fla., retired from the FBI in 1998. He was working as a private investigator when he traveled to Kish Island, Iran, on March 8, 2007, on a 24-hour rogue assignment. He was last seen leaving the Hotel Miriam on the island and getting into a taxi to go to the airport.

Iranian state-run television reported at the time that Levinson was in the hands of Iranian security forces -- but no group officially claimed responsibility for taking him.

In October 2009, the FBI told Fox News it had received unconfirmed reports of sightings of Levinson in the Islamic Republic. Two years later, in March 2011, the U.S. government said it "received indications" that Levinson was being held somewhere in southwest Asia.

Levinson's wife criticized the Obama administration last year when she learned, through media reports, of a prisoner exchange with Iran that did not include her husband. At the time, Levinson's son, Daniel, said it felt like "once again, he's been left behind."

Following the release of five American prisoners, President Obama said the U.S. would continue working to find Levinson. When asked by reporters whether Levinson was still alive, then-Secretary of State John Kerry said, "We have no idea." Kerry also said Tehran had pledged to assist the U.S. in its quest for answers.

Shortly thereafter, the Iranian government told the Obama administration it had intelligence that an American's remains had been buried in western Pakistan, near the country's border with Afghanistan and Iran, according to Levinson's son. But when Pakistan officials searched the site in question, no remains were found.

The Levinson family insists he is alive and that Iranian officials know where he is. They last received some visual record of him in video and photos that were sent about five years ago.

"Bob has suffered long enough," the lawmakers said in their letter to Trump.

"We must never rest until he is returned to his family. We owe them nothing less."