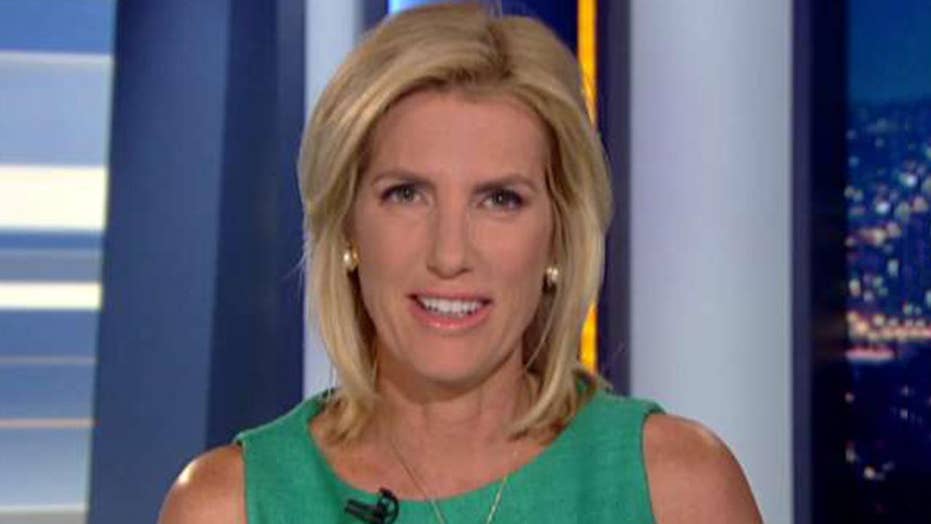 Ingraham: The globalists are rebuked again

With the UK's Brexit Party scoring big in the latest European election Fox News host Laura Ingraham claims that many across Europe are "demanding their freedom," rejecting globalism and falsely being painted "anti-immigrant" by critics.

"All of Europe, people are  demanding their freedom from the international shackles put on by regulators who don't know and can't respond to their country, their people or their needs," Ingraham said Tuesday on "The Ingraham Angle."

The Fox News host argued that these groups are being unfairly maligned by the media and liberal groups.

"And when you read The New York Times, though, or CNN, you listen to them, they always use the word 'anti-immigrant' or 'Far-right parties made the game.' Almost invariably that distinction is false," Ingraham argued.

Italian nationalist leader Matteo Salvini, having secured a major win for his League in the European Parliament elections last week, is eyeing an international alliance of nationalists to challenge Brussels -- although it’s unclear how many in other countries will join.

"I think of Angela Merkel, the woman responsible for Europe's admission of 1 million plus refugees. Let's face it, that has been a disaster from Italy to Sweden and everywhere in between," Ingraham said.

Merkel appeared on CNN this weekend and spoke about global and national development.

"Germany can and will not uncouple itself from the development we seek all over the world. We see this in Germany as well, but in Germany obviously it always has to be seen in a certain context, the context of our past which means we have to be that much more vigilant than others. We have to tell our young people what history has brought over to others, and these horrors," Merkel told CNN's Christiane Amanpour.

'The horrors? Well, In other words, if you voted for a populist or nationalist party, you are essentially in some way empathizing with, what, Hitler, or Hitler in waiting? It's ridiculous," Ingraham responded.

Ingraham juxtaposed Europe's problems to Trump's economy and touted it as the future solution for Europe.

"As Trump have shown here at home, a strong's muscular approach on trade, lower taxes, fewer regulations, and the foreign policy based imprudent realism. It's all paying off," Ingraham said.