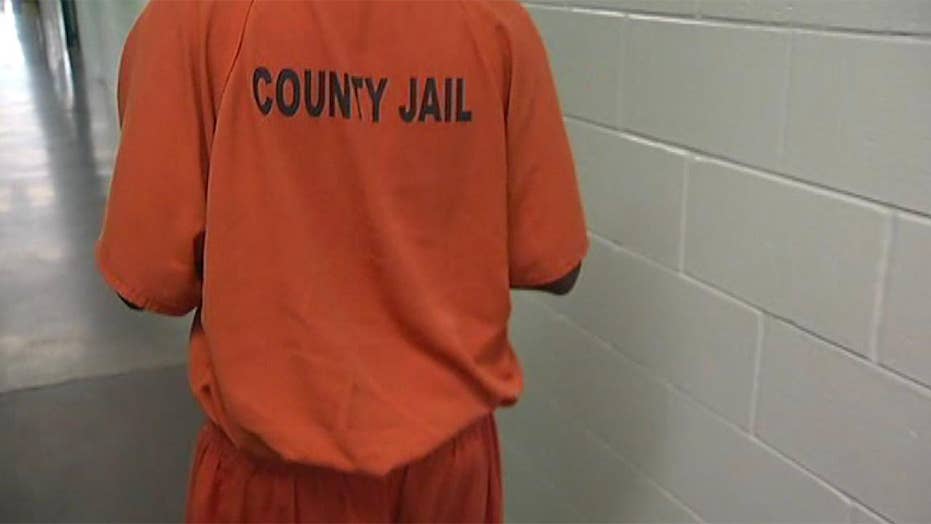 HOUSTON – While cities from Los Angeles to Chicago to Philadelphia are openly defying the Trump administration’s immigration orders, the most populous county in Texas is happily obliging.

Many large municipalities across the country with large immigrant populations are vocally challenging President Trump’s immigration crackdown and passing sanctuary city policies to rebel against it.

But officials in Harris County, Texas, which includes Houston and where Hispanics are by far the largest ethnic group, are fully cooperating with federal immigration authorities, a new report shows.

A report by the Migration Policy Institute released this month shows that from January to May last year, the number of illegal immigrants handed to Immigration and Customs Enforcement in Harris County jumped 60 percent compared to the same period the year before. Hispanics make up about 44 percent of the county’s population, according to Census estimates.

Immigration experts aren’t surprised. They had expected this due to the executive order President Trump implemented days after he took office.

“The message, the directive that came down from the chief law enforcement officer, the president of the United States, was that all undocumented residents were deportable regardless of who they were,” said Tony Payan, director of the Mexico Center at the Baker Institute at Rice University.

A report from the Migration Policy Institute shows in Harris County, the number of people handed to Immigration and Customs Enforcement from local jails was 60 percent higher than the same period in 2016. (Fox News)

Cities in states like New York, California, Illinois, and Connecticut have limited their cooperation with ICE. By contrast, MPI shows from 2013 to 2017, Harris County did not reject any ICE detainers. An ICE detainer is a request that a local jail detain inmates in the country illegally for 48 hours after their release.

The report said the wide variations of how states are embracing federal immigration laws is creating a system of uneven enforcement.

“The fortunes of an unauthorized immigrant are quite different in Texas, Tennessee, and Georgia, where the mere act of driving can result in arrest and deportation, than in California, Chicago, and New York, where immigrants can be arrested for a variety of crimes and still not be taken into ICE custody," the report said.

Mary Moreno, communications director of the Texas Organizing Project, said Harris County’s compliance isn’t only due to the president’s directive. Moreno said Gov. Greg Abbott’s strict immigration policies is another reason the county is so compliant.

In order for law enforcement agencies to receive grants from the governor’s Criminal Justice Division, they must sign a certification that states they will comply with Department of Homeland Security detainer requests. According to the governor’s office, Travis County, which includes Austin, the state’s most liberal city, is the only county that has not complied.

The MPI report shows from 2013-2017, Harris County did not reject a single ICE detainer. (Fox News)

She believes the governor’s directive is “unfair” and “unjust.”

"He's wrong because at the end of the day, he's not responsible for our safety. It's the sheriff,” she said. “Trust the police. He's always saying that – except when it comes to this. It's ridiculous."

ICE officials have said that when counties or cities cooperate with federal immigration officials the communities become safer.

“The more people who are involved in criminal activity, who you’re taking into custody and removing from the community, regardless of what the criminal history is, that’s a good thing,” Arnold told Fox News. “It’s not up to the states to decide how immigration law is enforced. That is exclusively the responsibility of the federal government. If the federal government wants to just deport people simply for being here illegally it’s none of the state’s business.”

But immigrant advocates say the increase in the number of detainers will ultimately hinder police work because fewer people will be willing to report crimes due to fear of being picked up by immigration authorities.

"It doesn't work for anybody. This is untenable. It's not realistic," said Moreno.

Texas also passed Senate Bill Four last year, which requires local police to comply with federal immigration authorities. Because of it, many believe the number of people transferred to ICE custody will likely increase.

“When you put SB4, you create a machine that is essentially dedicated to deportations,” said Payan.