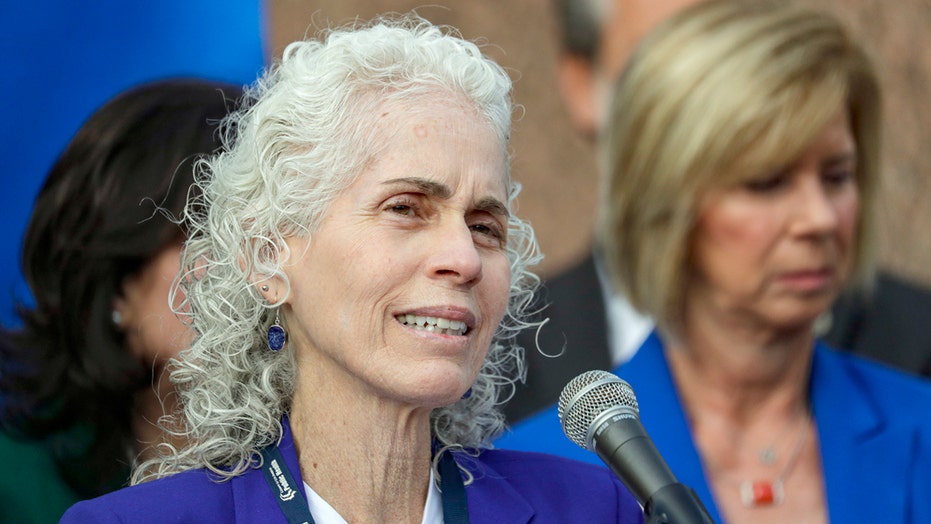 Los Angeles County Public Health Director Dr. Barbara Ferrer was recorded saying the country's largest county would not reopen its schools until "after the election."

“We don’t realistically anticipate that we would be moving to either tier 2 or to reopening K-12 schools at least until after the election, in early November,” Ferrer said in a conference call with school administrators and medical staff, a recording of which was played on KFI's "John and Ken Show."

Her comments led the California radio show hosts, who obtained the recording, to speculate about why she chose to use the General Election instead of some other day like Halloween, as a target date, and whether the county health department and schools were trying to manipulate public opinion in favor of the Democrats.

“What does it have to do with the elections?" one of the hosts asks. "That makes no sense, she just picked a date, the elections."

The county health department said the election reference is an expected point in time to give context to how reopening plans are proceeding.

"Dr. Ferrer’s comment was related only to timing any expanded school re-openings to allow for enough time from the implementation of changes to assess impact prior to expansions," a county Department of Public Health spokesperson told Fox News in a statement.

“When we look at the timing of everything, it seems to us a more realistic approach to this would be to think that we’re going to be where we are now until we are done with the election,” Ferrer said.

This summer, the Los Angeles Unified School District, the nation’s second-largest district with nearly 735,000 students, announced it would start the school year with only distance learning. The district announced it had hammered out a tentative agreement with its teachers’ union on how distance learning would be carried out that includes set school hours online.

Starting Sept. 14, K-12 schools in Los Angeles County can offer on-campus services for small groups of students with disabilities or students requiring instruction for English as a second language, along with other specialized school services.

Officials from the county health department intend to work with school officials and high need students during the next six to eight weeks to assess safety directives and to ensure proper distancing.

"This information will be used to inform the timing of future activities at schools," a health department spokesperson said.

Nevertheless, the radio hosts debated why Ferrer had picked the election as a target date for a more widespread return to in-person instruction.

“What caught my attention on this was that she said election not just once, but she says it twice,” KFI News radio reporter Steve Gregory said.

One of the hosts speculated that opening school campuses to all students could help President Trump at the pools.

“I interpret it as they’re holding off until the election because sending the kids back into school would put everybody in a good mood," a host said. "They’ll feel that the whole nightmare is over and that gives goodwill to Trump and more votes."

LAPD BREAKS UP HOUSE PARTY PACKED WITH HUNDREDS OF PEOPLE

As of Wednesday, Los Angeles County had 936 hospitalizations due to COVID-19 and a seven-day daily average positivity testing rate of 4.1 percent.

In August, California health officials released guidelines for elementary schools to seek waivers that would allow them to offer classroom instruction but recommended that local health officials not even consider that option in counties with the highest rates of coronavirus infection.

School districts could apply for waivers for kindergarten to sixth grade because health officials say those students are less likely than older children to become infected or transmit coronavirus.

However, the state health officials said districts shouldn’t be considered for waivers if their counties have had more than 200 cases of COVID-19 per 100,000 people over two weeks. At the time, that included Los Angeles.

But to reopen on-campus for specialized services would take another round of negotiations with teacher’s unions, which oppose reopening for those with special needs.

This story contains material from the Associated Press.