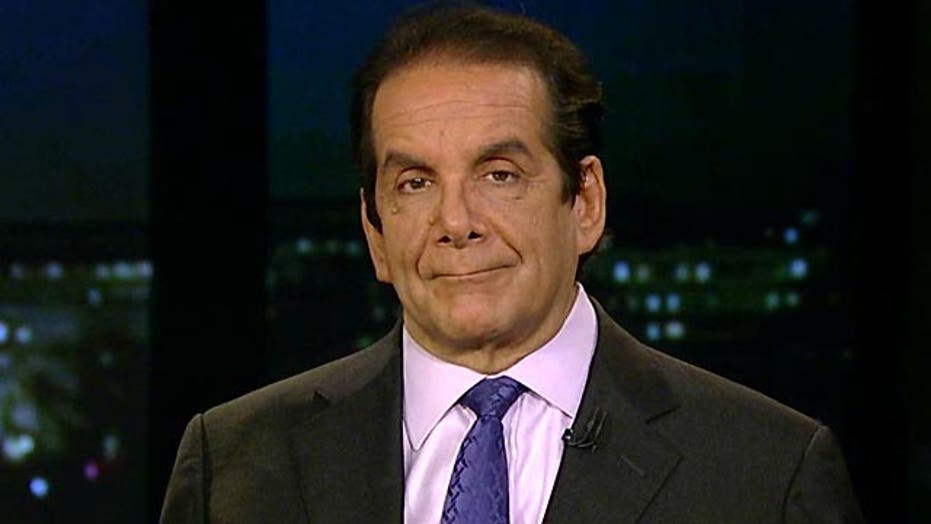 Krauthammer: hits where they live

New ObamaCare approval numbers show the law “hits everybody right where they live.”

Charles Krauthammer told viewers Thursday on “Special Report with Bret Baier”  that new Fox News polls that show low ratings for ObamaCare were due to the fact that “people are beginning to feel the effect on them."

"This isn’t a normal issue where you approve or disapprove, and yes, you might support the party on your side of the issue," Krauthammer, a syndicated columnist and Fox News contributor said. "This is something that hits everybody right where they live.”

A poll out Thursday showed only nine percent of Americans say their family is better off under President Obama’s health care law. But, a quarter of those polled said their family was worse off, while a 65-percent majority says the law hasn’t made any difference to their family.

Krauthammer attributed the low numbers to the highly personal nature of health care, as opposed to other policy issues.

“(Health care) unlike any other issue is one that is a very intimate subject in your life, and one that affects everyone equally," he said. "It’s not like issues which affect a region, affect a class, affect some ethnicity, this is everybody, and if you get 25 percent of the population saying they are worse off, what you’re doing is you’re throwing a dart at a map of the United States, and everywhere, a quarter of the population who have been personally hurt. When you’re personally hurt, it affects a lot more than if you have a disagreement over policy.”

Krauthammer added that the highly intimate nature of health care to Americans lives, and the sweeping changes under ObamaCare could ultimately have disastrous political consequences.