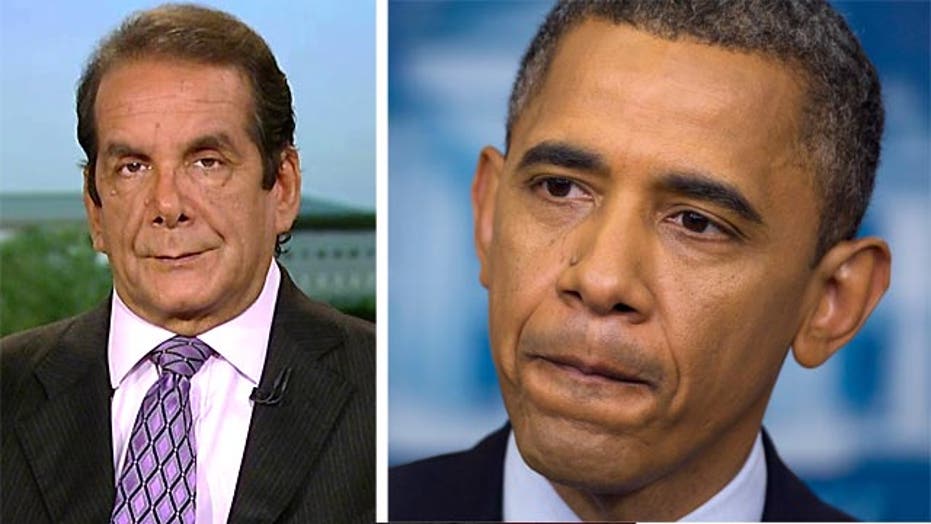 Charles Krauthammer told viewers Friday on “Special Report with Bret Baier” that President Obama’s decision to delay executive action on immigration until after the midterm election is “pure politics” and that he has not been honest about his motives.

“What galls here is the way he lies about it, so brazenly,” Krauthammer said. “When he spoke to Chuck Todd (on NBC’s “Meet the Press”), he prefaced the lie, the idea that it had nothing to do with politics, by saying ‘Now I'm being honest here,’ which is always a sign when you hear it from a politician to reach for your wallet.”

His comments came at the end of a week where headlines focused mostly on foreign policy.

But Department of Homeland Security Secretary Jeh Johnson on Monday acknowledged the president’s decision to delay executive action on immigration until after the midterms was political, saying “This kind of thing should not be introduced in a politically difficult climate like you had in a run up to an election.”

According to some reports, White House chief of staff Denis McDonough held a private meeting with Latino lawmakers Thursday and pledged the president would take executive action after the midterms but before the holidays are over and would push the issue as far as he could go under the law.

Krauthammer cited these as examples of the administration’s political maneuvering.

“If he says quietly he’ll do it and not everybody is following the news on the meetings on the Hill between the Hispanic Caucus and the chief of staff, well it will be an issue, the opposition will bring it up, but it’s not going to soak through the environment as it would otherwise,” Krauthammer said.