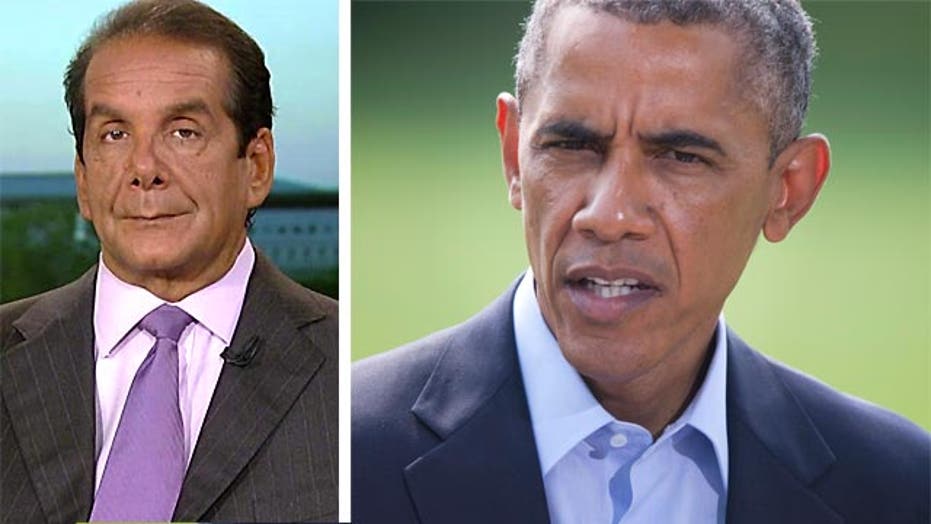 In an interview with Shannon Bream, Deputy National Security Adviser Ben Rhodes said “we are expediting assistance both to Iraqi security forces in Baghdad and also to those Kurdish forces on the front lines. So they are receiving additional arms and assistance from us. We also have military advisors in Irbil, who have a joint operation center with the Kurds and are able to help coordinate their pushback”against Islamic militants.

Krauthammer, a syndicated columnist and Fox News contributor said the additional forces were a recognition that the administration had underestimated the escalating crisis. “You get Rhodes admitting that, because of the urgency we're going to be sending our arms directly to the Kurds, rather than the fiction of it going through Baghdad, because if you go through Baghdad, it never reaches Kurdistan.

“So why not have the Pentagon do it, and do it with heavy equipment, and the stuff that they really need: anti-tank missiles, what they need is anti-aircraft stuff as well, but it's all dithering slow, defensive and ad hoc.”

The military advisers will also provide assistance to the tens of thousands of followers of the Yadizi religion, who were trapped without food or water on Mount Sinjar until the U.S. launched humanitarian aid drops last week, along with targeted airstrikes to stop the spread of Islamic State forces.

But Krauthammer suggested American military resources could be used more effectively to assist the Yadizis and stop the militants’ advance.“The idea of turning the U.S. Air Force into an airlift, spending all of our resources on that to get, you know, to do essentially humanitarian work and social work, is a misuse of the one power in the world that can help to repel ISIS,” he said.

“I mean the one thing you need to do here is not an airstrike here or there, but an air campaign that attacks ISIS and instead of an airlift to get those poor people off the mountaintop. Why not pound ISIS which is surrounding the mountain, into either, into destroying them or making them flee, so that these people can walk off the mountain on their own. This, I do not understand the strategy here and it is not an effective one, it's completely piece meal.”