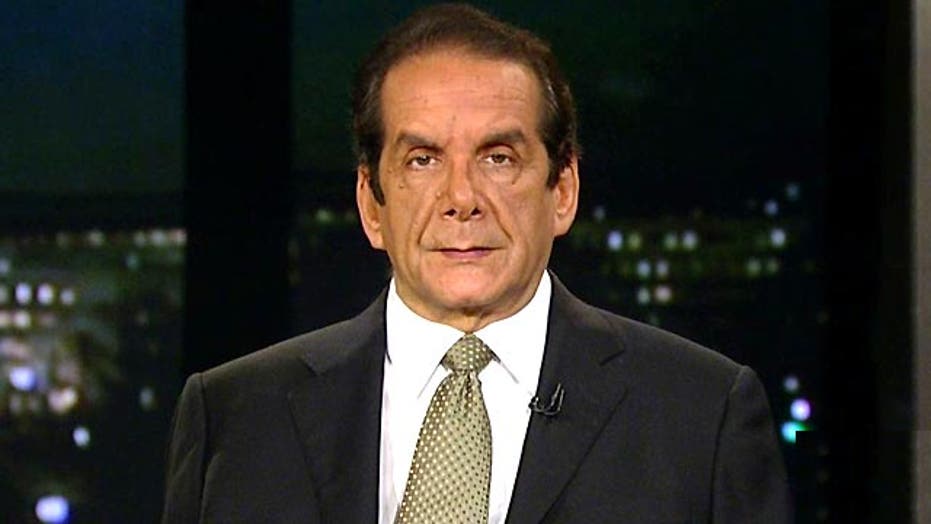 The statement that Carney made is going to be emblazoned on the tombstone of liberalism. He says opportunity, this is what he's heralding in this achievement, that the government is giving opportunity for people to decide if they want to work.

Charles Krauthammer told viewers Thursday on “Special Report with Bret Baier” that White House Press Secretary Jay Carney’s reaction to a new Congressional Budget Office projection showing that ObamaCare would lead to the loss of 2.3 million full-time jobs “is going to be emblazoned on the tombstone of liberalism.”

The CBO report acknowledged that nearly 2.5 million workers could opt out of full-time jobs over the next decade, choosing instead to work part-time and receive health care from exchanges. In a statement Tuesday, Carney said: “as part of this new day in healthcare, Americans would no longer be trapped in a job just to provide coverage for their families, and would have the opportunity to pursue their dreams.”

But Krauthammer, a syndicated columnist and Fox News contributor, called that a twist on reality. “He says opportunity, this is what he's heralding in this achievement, that the government is giving opportunity for people to decide if they want to work. This is the liberal's ideal of the opportunity society.

“Of course in the free society you can decide if you want to work, but what ObamaCare does, in sort of the essence of liberalism, is that you can then choose not to work and the people who do work end up subsidizing you. Those people have to send the money to the government and it's then shifted to the people who chose, in this ideal new opportunity society, not to work.”

At a hearing Wednesday, House Budget Committee chairman Rep. Paul Ryan, R-Wis., questioned CBO Director Douglas Elmendorf on the long term impact on growth, particularly on already economically disadvantaged Americans: “getting the dignity of work, getting more opportunity, rise in their income, joining the middle class? This means fewer people will do that. That's why I'm troubled by this.”

Krauthammer seconded that concern saying: “Ryan is right, it's particularly in the one place where you want the incentive because it is the only way out of the ladder, of people who are unsuccessful in society is to work, get the training and the habit, and the dignity of work, and this does exactly the opposite.

“Now, you can argue it's an inevitable side effect of any kind of benefit of this sort, but that's not the argument the administration is making. This is a benefit, a wonderful thing that we're giving people the opportunity not to work and to live off the sweat and the work of other people. Is that the American way? That sounds odd to me.”