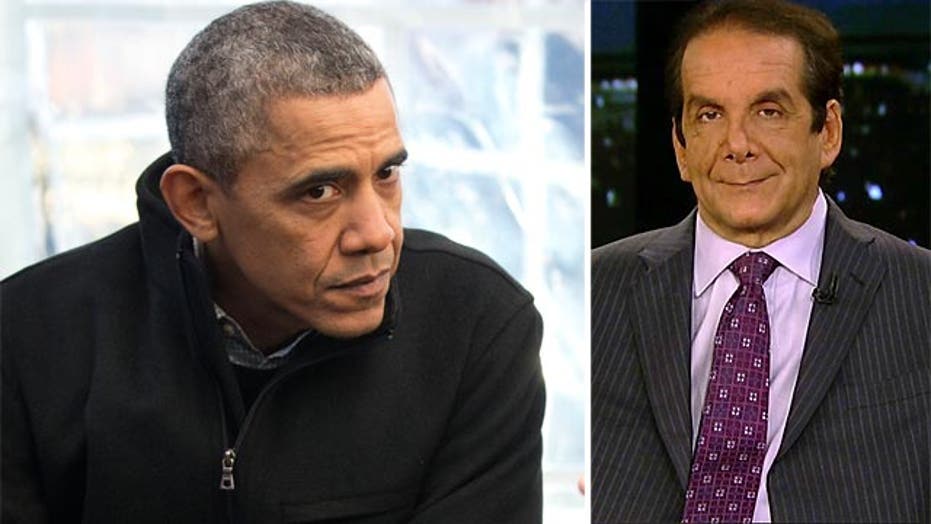 “The arrogance of this is rather appalling,” Krauthammer said. He was responding to comments made by the president Friday in California, where Obama tied the situation in the drought-plagued state to climate change.

“[We have to] weave in this issue of water in the West with the broader issues of climate change that are having an impact all across the country in different ways,” Obama said.

Krauthammer disagreed with Obama’s argument, citing a New York Times article showing the most recent computer projections suggesting that as the world warms, the western United States should be getting wetter, not drier in the winter.

"All of this is driven by this ideology, which in it of itself is almost a matter of theology," Krauthammer said.