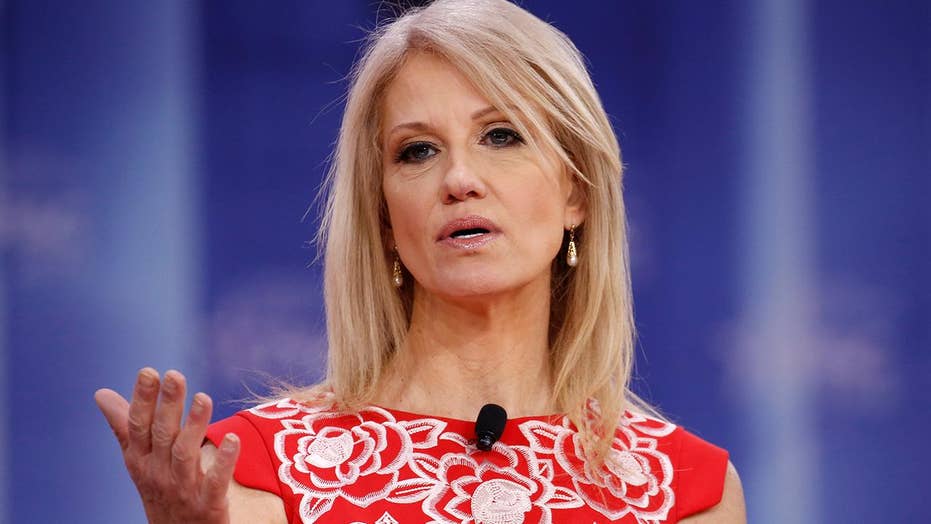 The Office of Special Counsel, an independent federal investigative and prosecutorial agency, released a report Tuesday that faults Conway for public comments made during two television appearances, including on Fox News’ “Fox & Friends.”

“While the Hatch Act allows federal employees to express their views about candidates and political issues as private citizens, it restricts employees from using their official government positions for partisan political purposes, including by trying to influence partisan elections,” the report says.

But the White House on Tuesday insisted Conway did nothing wrong.

“Kellyanne Conway did not advocate for or against the election of any particular candidate,” deputy White House press secretary Hogan Gidley said. “She simply expressed the president’s obvious position that he have people in the House and Senate who support his agenda. In fact, Kellyanne’s statements actually show her intention and desire to comply with the Hatch Act – as she twice declined to respond to the host’s specific invitation to encourage Alabamans to vote for the Republican.”

Walter Shaub, the former director of the Office of Government Ethics, filed an ethics complaint with the OSC in November accusing Conway of violating the Hatch Act when she spoke about Democratic candidate Doug Jones, who was running against Republican Roy Moore. The law bars most government employees from using their positions to engage in partisan politics.

“Doug Jones in Alabama, folks, don’t be fooled,” Conway said at the time. “He’ll be a vote against tax cuts. He’s weak on crime, weak on borders. He’s strong on raising your taxes. He’s terrible for property owners. And Doug Jones is a doctrinaire liberal which is why he’s not saying anything and the media are trying to boost him.”

Conway replied, “I’m telling you that we want the votes in the Senate to get this tax bill through.”

The report also faults Conway for a Dec. 6 appearance on CNN’s New Day, when also she discussed the race.

The Office of Special Counsel said it submitted the report to President Trump so he could take “appropriate disciplinary action.”

The agency says Conway did not respond to requests from the Office of Special Counsel to respond to the allegations.

Neither Castro nor Sebelius were punished.