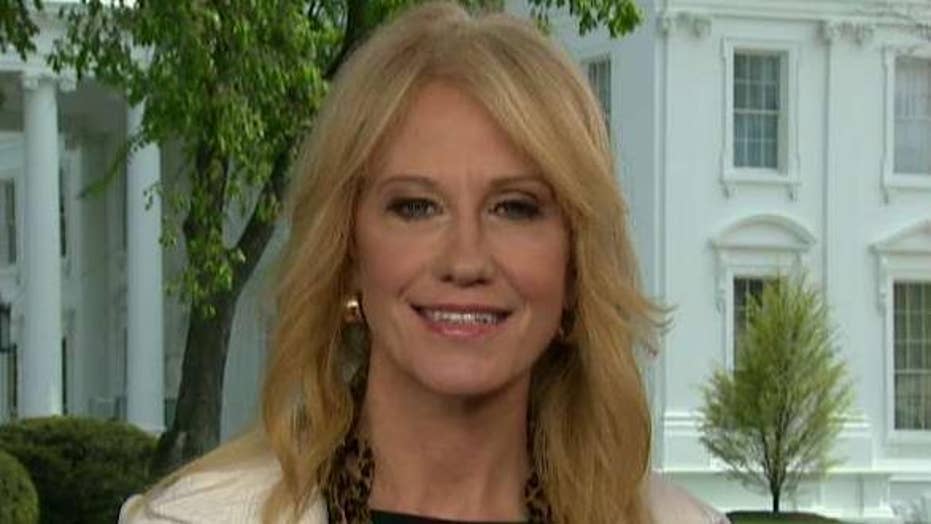 Kellyanne Conway, close adviser to President Trump, had some words for reporters after the Justice Department released Special Counsel Robert Mueller's report and discounted the possibility that the president had colluded with Russia.

"We’re accepting apologies today, too, for anybody who feels the grace in offering them," she said before criticizing the way the press handled the issue.

On Twitter, Conway singled out The New York Times, which she said should print a "16-page apology."

"It should make [people] feel really great that a campaign that I managed to its successful end did not collude with any Russians," she said. During an interview with Fox News, Conway said the report showed "we didn't need WikiLeaks or anything beyond Hillary Clinton herself to get negative information."

"You know how what I did as campaign manager to get negative information on Hillary Clinton? I got it from Hillary Clinton. She was an awful candidate," she told Fox News host Harris Faulkner.

Though Mueller's report didn't "exonerate" Trump, it also didn't conclude that the president's campaign had colluded with Russia. Democrats have seized on Mueller's other findings, however, saying the report points to other potential instances of obstruction.

Like others, Conway argued that Trump was innocent of obstruction because his intent was not to violate the law. "Intent has never mattered to any of you, respectfully, throughout this whole thing," she told reporters.

She also accused the press of helping to spread a lie over the past two years. "And so intent matters and I know you want to cherry-pick one line here or one line there because the big lie that you’ve let fly for two years, it’s over, folks," she said.

Conway took a jab at congressional Democrats who spent much of their time focusing on the Russia issue. Holding up a blank sheet of paper, Conway said, "this is the success of the Democrats in the first 100 days in Congress."

During her interview with Faulkner, Conway also said Democrats "got nothin'" going into the 2020 presidential election.

For their part, the Dems have demanded an unredacted version of the Mueller report and indicated they would pursue Mueller's concerns about potential obstruction of justice.