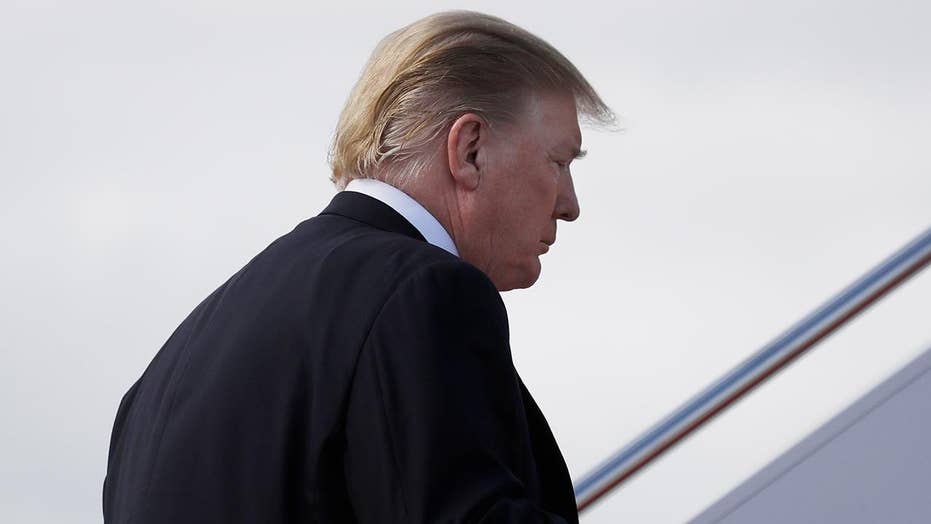 Can Trump obstruct if he didn't collude?

Democrats promise the fight against Trump isn't over; attorney Elliot Felig weighs in.

Special Counsel Robert Mueller’s hotly anticipated report not only revealed the results of his long-running Russia probe but exposed a series of clashes over the last two years within President Trump’s inner circle over the direction of the investigation and the president's efforts to curtail it.

The report, released Thursday, showed that investigators did not find evidence of collusion between the 2016 Trump campaign and Russians—as Attorney General Bill Barr declared last month. But the report also depicted an array of controversial actions and requests made by the president that were examined as part of the investigation’s obstruction inquiry.

While Mueller’s team ultimately did not reach a conclusion on whether the president’s conduct amounted to obstruction, the report recounted several incidents where top advisers resisted or defied the president’s “efforts to influence the investigation” -- while saying those efforts were unsuccessful because of that defiance.

“The President’s efforts to influence the investigation were mostly unsuccessful, but that is largely because the persons who surrounded the President declined to carry out orders or accede to his requests.”

“Our investigation found multiple acts by the President that were capable of exerting undue influence over law enforcement investigations, including the Russian-interference and obstruction investigations,” the report said, noting that the “incidents” were often carried out “through one-on-one meetings in which the President sought to use his official power outside of usual channels.”

“These actions ranged from efforts to remove the Special Counsel and to reverse the effect of the Attorney General’s recusal; to the attempted use of official power to limit the scope of the investigation; to direct and indirect contacts with witnesses with the potential to influence their testimony,” the report continued.

But the report said: “The President’s efforts to influence the investigation were mostly unsuccessful, but that is largely because the persons who surrounded the President declined to carry out orders or accede to his requests.”

RUDY GIULIANI ON THE RELEASE OF THE MUELLER REPORT: 'THIS PRESIDENT HAS BEEN TREATED TOTALLY UNFAIRLY'

For example, the report detailed Trump's alleged effort to have Mueller sidelined, amid reports at the time that the special counsel’s office was investigating the president for obstruction of justice. The report detailed a dramatic moment where the president's White House counsel apparently rejected the push. 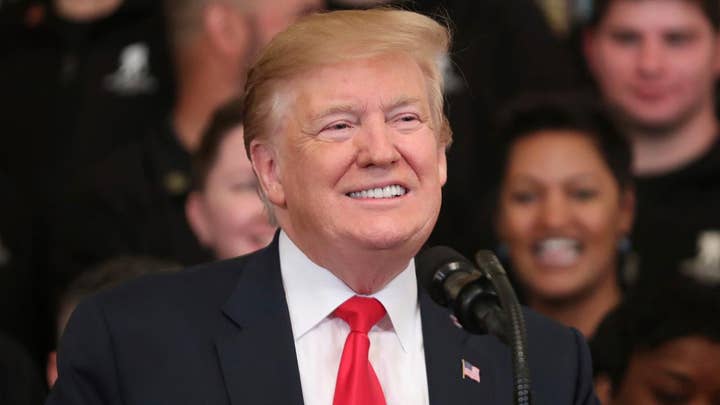 The report detailed another meeting two days later between Trump and former campaign chief Corey Lewandowski, in which he “dictated a message for Lewandowski to deliver to [then-Attorney General Jeff] Sessions.”

“The message said that Sessions should publicly announce that, notwithstanding his recusal from the Russia investigation, the investigation was ‘very unfair’ to the president, the president had done nothing wrong, and Sessions planned to meet with the Special Counsel and ‘let [him] move forward with investigating election meddling for future elections.’”

Lewandowski, according to the report, said he understood what the president wanted Sessions to do.

“Lewandowski did not want to deliver the president’s message personally,” the report said, “so he asked senior White House official Rick Dearborn to deliver it to Sessions.”

Dearborn ultimately did not follow through with the task.

“Lewandowski and Dearborn did not deliver the president’s message to Sessions that he should confine the Russia investigation to future election meddling only. And McGahn refused to recede from his recollections about events surrounding the president’s direction to have the Special Counsel removed, despite the President’s multiple demands he do so,” the report said. It also noted that former FBI Director James Comey “did not end the investigation” of former White House National Security Adviser Michael Flynn, which ultimately resulted in his prosecution and conviction for lying to the FBI, and that McGahn did not tell Rod Rosenstein that Mueller must be removed.

The report added that: “Consistent with that pattern, the evidence we obtained would not support potential obstruction charges against the President’s aides and associates beyond those already filed.”

The evidence detailed in the report related to allegations of obstruction of justice, though, was seized upon by congressional Democrats -- and could be used in their sweeping Trump-related investigations.

"The President and his Attorney General expect the American people to be blind to what we can now see. This report catalogues in excruciating detail a proliferation of lies by the President to the American people, as well as his incessant and repeated efforts to encourage others to lie," House Oversight Committee Chairman Elijah Cummings, D-Md., said in a statement.

The report looked at 10 specific episodes related to the allegations of obstruction of justice, including:

“The campaign's response to reports about Russian support for Trump; Conduct involving FBI Director Comey and Michael Flynn; The President's reaction to the continuing Russia investigation; The President's termination of Comey; The appointment of a Special Counsel and efforts to remove him;  Efforts to Curtail the Special Counsel's investigation; Efforts to prevent public disclosure of evidence; Further efforts to have the Attorney General take control of the investigation; and Conduct toward Flynn, Manafort, [REDACTED]; conduct involving Michael Cohen.”

The special counsel wrote that they sought a voluntary interview with the president, but after more than a year of discussing the prospect of one, the president declined. The president did, though, agree to answer written questions on certain Russia-related topics. But according to the report, he “did not similarly agree to provide written answers to questions on obstruction topics or questions on events during the transition.”

Mueller’s team also said that, while they believed they had the “authority and legal justification” to do so, they decided not to issue a grand jury subpoena to obtain the president’s testimony.