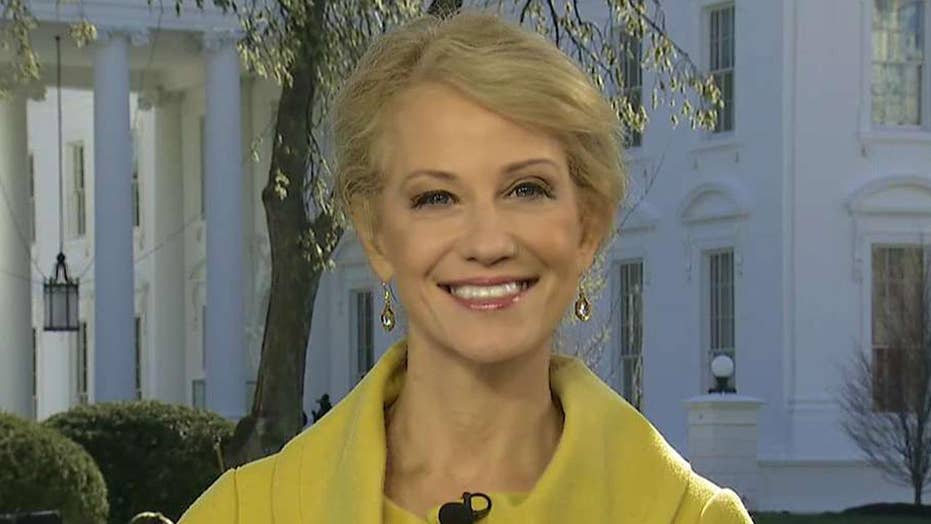 White House adviser Kellyanne Conway amplified calls for a full investigation into the origin of the FBI’s probe of claims of alleged collusion between Donald Trump’s 2016 presidential campaign and Russia.

Conway said that in the interest of “transparency and accountability – two watchwords from the past two-plus years,” an investigation is warranted.

“Let’s see how this all started,” she said on Fox News’ “America’s Newsroom” on Tuesday. “Did we have people, in fact, at the top levels of the DOJ and FBI trying to sit on the scales of justice, to try to prevent Donald Trump from being elected president? And after he was elected president, trying to prevent him from taking office?”

Conway added: “Let’s see what led to the FISA warrant application being approved. Let’s get to the bottom of the phony dossier that got this party started (with) the DNC and Hillary Clinton funding it, because I’ll tell you, those people at the DOJ and the FBI at the time, they have besmirched the good reputations and integrity of the 25,000 to 35,000 men and women who work in that department and do their jobs honorably.”

Her comments follow similar ones made by President Trump and his legal team, who declared victory Sunday following the release of a summary of Special Counsel Robert Mueller’s key findings – including no evidence of collusion with Russia during the 2016 campaign.

Rudy Giuliani, the president’s personal attorney, doubled down on Trump’s call for an investigation, telling Fox News that “there was never any collusion.”

"There has to be a full and complete investigation, with at least as much enthusiasm as this one, to figure out where did this charge emanate, who started it, who paid for it,” the former New York mayor said.

Senate Judiciary Committee Chairman Lindsey Graham said Monday that he will probe alleged abuses of the Foreign Intelligence Surveillance Act (FISA) at the start of the Russia investigation.

Trump has maintained since the announcement of the special counsel’s investigation that he never colluded with Russia during the 2016 campaign. He has long decried the probe as a "witch hunt" while attacking the FBI figures who launched the original Russia probe that was eventually taken over by Mueller in 2017.