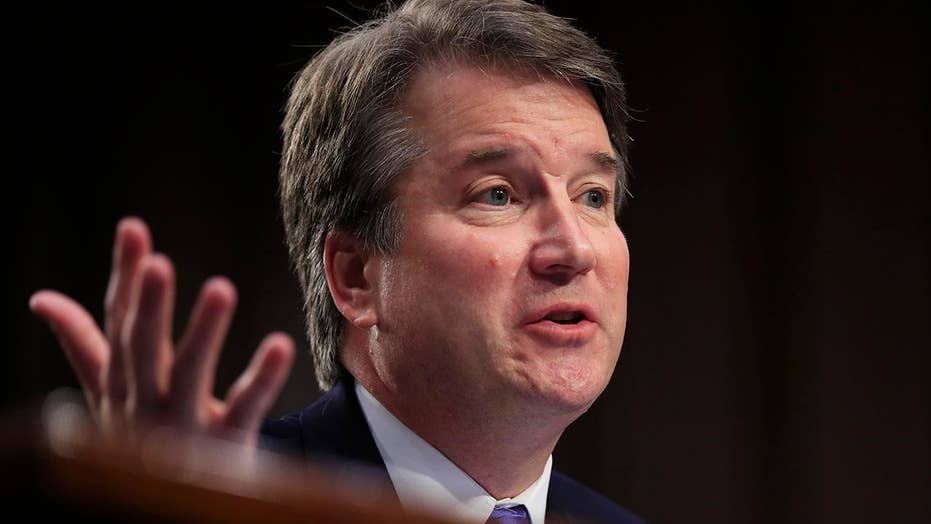 The women accusing Brett Kavanaugh of sexual misconduct in high school and college have something else in common: they are enlisting a growing number of well-known Democratic lawyers, donors and operatives for their fight against President Trump’s nominee for the Supreme Court.

“They are the people who want to sink Kavanaugh and get Trump,” Graham said last week of Katz and Banks on Fox News’ “The Story with Martha MacCallum.”

Katz and Banks’ close ties to the Democratic Party were highlighted last week after it was revealed, amid negotiations with Republicans over whether Ford would testify, that they were scheduled to headline a fundraiser for Wisconsin Democratic Sen. Tammy Baldwin’s campaign. After Fox News and other outlets obtained an invitation, Katz and Banks dropped out of the fundraiser.

According to donor records, Katz has donated generously over the years to Democrats, including Barack Obama, Hillary Clinton, Elizabeth Warren, John Kerry, the Democratic National Committee and others. Banks, too, has donated to numerous Democratic causes, including Obama, Clinton and Baldwin.

Katz has attended anti-Trump rallies, telling ABC News last year, “We are going to resist. We will not be silenced.”

Over the weekend, Ford’s legal team grew with the addition of attorney Michael Bromwich, who represents fired FBI deputy director Andrew McCabe, who has sparred with Trump over the FBI’s handling of the Hillary Clinton and Russia investigations.

Joining Bromwich on the effort are Melissa Schwartz, who works for Bromwich and has served as a McCabe spokesman, and Kendra Barkoff Lamy, a former press secretary to Biden. Democratic operative Ricki Seidman -- who also worked for Biden and the late Sen. Ted Kennedy and was involved in accuser Anita Hill’s testimony during Clarence Thomas’ Supreme Court confirmation – is also advising Ford, according to Politico.

“We are proud to be new members of Team Ford,” Schwartz tweeted.

Ford has accused of Kavanaugh of forcing himself on her during a party in the 1980s before being able to get away.

In a letter to Senate Judiciary Committee Chairman Chuck Grassley released Monday, Ford said it was a “difficult” decision to come forward with her allegation but she felt it was her “civic duty.” Ford said she initially wanted to disclose the allegations “in a confidential manner,” but she’s now willing to testify.

“My original intent was first and foremost to be a helpful citizen – in a confidential way that would minimize collateral damage to all families and friends involved,” Ford said.

A second accuser, Deborah Ramirez, stepped forward in a Sunday story published by The New Yorker claiming Kavanaugh, while in college, exposed himself during a drunken party at a Yale dormitory.

The Colorado Sun reported that Ramirez located her attorneys with the help of Democratic Sen. Michael Bennet.

Meanwhile, Avenatti -- famous for representing Stormy Daniels, who claims she had a past sexual encounter with Trump – tweeted Sunday he soon intends to reveal other accusations against Kavanaugh from another woman.

Kavanaugh has denied all the allegations, calling them “a smear, plain and simple.”

“I represent a woman with credible information regarding Judge Kavanaugh and Mark Judge,” Avenatti tweeted. “We will be demanding the opportunity to present testimony to the committee and will likewise be demanding that Judge and others be subpoenaed to testify. The nomination must be withdrawn.”

Avenatti further alleged that he had knowledge Kavanaugh and high school friend Mark Judge targeted women with drugs and alcohol in order to "allow a 'train' of men to subsequently gang rape them."

He did not state the source of his evidence and did not name any alleged victims.

Avenatti, who was largely unknown before representing Daniels, has been giving speeches to Democrats in Iowa and New Hampshire, teasing a possible presidential run against Trump.

Pinned at the top of his Twitter profile – which he is using to promote the new allegations – is his platform of where he stands on “20 key issues” ahead of a possible White House bid.