Establishment? Outsider? Kasich: I'm in my own lane

Ohio Gov. John Kasich, who built a reputation during the raucous GOP presidential primaries as an affable and moderate alternative, is suddenly finding himself at the center of the national abortion debate -- and under pressure to cast a decision bound to make him more unpopular with one side or the other.

Two bills passed by the legislature await his signature or veto. If signed into law, they would become two of the most restrictive time-based abortion measures in the country.

The more controversial is known as the “heartbeat bill.” It would ban abortion as soon as a fetal heartbeat can be detected -- roughly around the six-week mark. The second prohibits abortions after the 20-week mark in almost all circumstances.

Kasich, who said during the Republican presidential primaries that he’s “pro-life with the exceptions of rape, incest and the life of the mother,” faces a looming deadline for a decision.

After receiving the bills, he has 10 days to sign or veto.

If he does nothing, the bills become law. However, with the "heartbeat bill" which passed as an amendment to another measure, the governor could use his line item veto and nix only the amendment.

So far, the governor's office has stayed quiet on his intentions.

"A hallmark of lame duck is a flood of bills, including, bills inside of bills and we will closely examine everything we receive," Kalmbach said.

Anti-abortion advocates are fighting hard against the "heartbeat bill," arguing it would in some cases prohibit abortion before women even realize they are pregnant. Critics argue such a strict cut-off denies women time to weigh their options.

The bill also includes no exceptions for rape or incest and would criminalize the procedure for doctors.

NARAL Pro-Choice Ohio Executive Director Kellie Copeland said the bill is “out of touch with Ohio values and is completely unacceptable.”

“Once a woman has made the decision to end a pregnancy, she needs access to safe, legal healthcare in her community,” Copeland said in a written statement. “This bill would effectively outlaw abortion and criminalize physicians that provide this care to their patients.”

If Kasich signs the bill, it would pose a direct challenge to multiple Supreme Court rulings that say women have a constitutional right to abortion until the point of viability, which occurs around 24 weeks.

Similar “heartbeat” bills in North Dakota and Arkansas were blocked by lower courts this year. They were appealed to the Supreme Court, which refused to hear the cases in January.

But conservative lawmakers in Ohio say this year may be different.

They point to the presidential election of Donald Trump and cite his campaign promise to appoint Supreme Court justices who will overturn Roe v. Wade, a 1973 decision that made abortion legal, as a positive sign the legislation has a shot.

“A new president, new Supreme Court appointees change the dynamic, and there was consensus in our caucus to move forward,” Senate President Keith Faber recently told reporters, adding that he believes the bill’s chance of surviving a constitutional challenge is greater now.

But if the measure becomes law, the ACLU has already vowed to fight it.

The ACLU of Ohio tweeted, “Just a reminder, if the unconstitutional #HeartBeatBill passes and become law, we will challenge it in court.”

The Guttmacher Institute, a nonprofit research organization that supports pro-choice and tracks abortion legislation, said if the measures become law, they would be some of the most restrictive in the land.

In the four decades since Roe v. Wade was handed down, states have enacted 1,074 abortion restrictions. Of those, 288 – or about 27 percent – have been put in place since 2010, according to the Guttmacher Institute.

The 20-week “pain capable” bill, meanwhile, would change the time abortions could be performed to 20 weeks from 26 weeks, which is the current law in Ohio.

Since he’s been in office, Kasich has signed 17 bills sponsored by Ohio Right to Life. If Kasich signs the "pain capable" bill, Ohio would become the 15th state in the nation to pass a 20-week abortion ban. 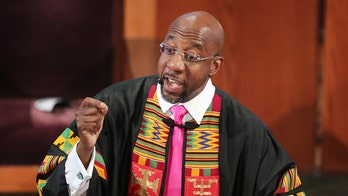 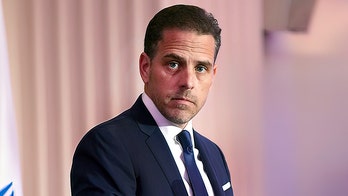